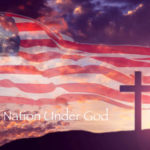 The Power of One

The Power of One

Thomas Yerman sent this passionate call to unity just before the recent elections in the U.S. Now with a divided Congress, his plea is perhaps even more poignant. What can believers do in such a climate? Read on.

We have become a divided nation, In this divided atmosphere, the call for transparency and freedom of speech have now become tools of destruction.

Why should transparency and freedom of speech give a person the right to hurt others? Yet even good things can be abused when used without boundaries. Even God gives freedom with a “fence” around it.

Boundary fences provide us with the freedom to run and play—but also to protect us. Rules of law or guidelines in relationships are so important. Small compromises here can lead to bigger problems down the road. True freedom is not being able to do whatever you want without restrictions. Rather, to be truly free means a freedom to do what you ought—to do things you were unable to do before being set free.

We can clearly see the battles being fought around us. Our nation’s diversity has been used to divide us, blinding us to the commonality and core of our unity. We must step back and see the unseen battle. The fight is not so much Democrat versus Republican, or left versus right, or liberal versus conservative. The ultimate battle is between darkness and light. It’s called Spiritual Warfare. We are all in it, and we can all see the casualties. But we don’t all recognize the bigger picture.

Our national unity is being threatened! We’ve become a nation where people choose not to stand with their hands on their hearts honoring our flag and nation. We allow protesters with covered faces to destroy other people’s properties and assault those with different ideas and beliefs. We have officials influencing acts of incivility toward other leaders. We have teachers training our children to reject and oppose the foundational truths our nation was built on—or viewpoints that don’t agree with their own. We permit and advertise so-called “witches” to put hexes on Justices and leaders. We have a national media and “entertainment shows” unashamed about showing disrespect to the Office of Presidency. And we see justice used as a tool for favoritism.

Whenever we move away from truth, the moral lines of life begin to smear, the character of righteousness fades, and the distinction between right and wrong blur. Truth and its absolutes are overrun and replaced with subjective feelings. Everybody’s sense of what’s right stands opposed to any other views that might disagree with them. Open hearts close and become hardened.

We no longer are teachable and open to truth We are unable to imagine the progress and possibility of moving forward together. We are experiencing what happens to a nation when that nation moves away from the foundation of truth on which it was established. We ignore the influence of our Constitution and Absolute Authority to define what is right and wrong. We have wasted so much time and energy being distracted by our feelings, our pride, and our moral relativism that we became prey to the enemy’s tactics to divide, putting us in danger of forgetting our true identity of being united as One Nation under God!

Though many walk in the spirit of rebellion and denial, we have all been made in the image of God. And God invites his us into a relationship with himself. Jesus said, “I am the way, the truth, and the life. No one comes to the Father except through me,” (John 14:6-7). Jesus, who revealed God the Father to us, was a model for our humanity, and points the way back to the God.  Truth can divide, but remember that truth must be held above our relationships for the sake of those relationships. It is more than possible that we can celebrate our diversity and yet stand in unity.

It’s time for people to make the right choices and stand united as One Nation under God. God has given his people a message along with the Holy Spirit, who stands behind that message to keep us unified. The Gospel keeps Jesus in the center of our lives so we who believe can be a letter from Christ to the world.

Begin to see yourselves as God sees you:

“…we are to God the pleasing aroma of Christ among those who are being saved and those who are perishing” (2 Corinthians 2:14-15).

“…you are a letter from Christ, the result of our ministry, written not with ink but with the Spirit of the living God, not on tablets of stone but on tablets of human hearts” (2 Corinthians 3:2-3).

Jesus prayed for unity, that all of us may be one!

“[I pray] for those who will believe in me through their message, that all of them may be one, Father, just as you are in me and I am in you…so that they may be brought to complete unity. Then the world will know that you sent me and have loved them even as you have loved me” (John 17:20-23).

If we step back to see the bigger picture and get back to our roots in God, as well as our Constitution as a Nation, we will find a place of unity to move forward together. We are all responsible for our choices and actions.

It is time to stand up! As “Believers of God” in Christ, we are especially equipped and born for such a time as this. We are more than we know. We were made by God and for God. Unless we come to grips with that, life will not make sense, and we will not reach our “together potential.”

There is but one God and one Lord. Unity takes effort, but we have his promise, his power, and his presence. There is power in One. Let’s make it happen!