Neutralizing the Fear Factor in Evangelism

Neutralizing the Fear Factor in Evangelism 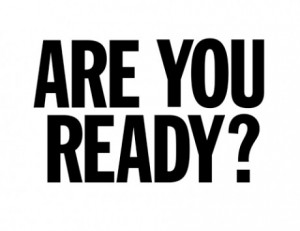 Of all the things a pastor can ask a church member to do, which is the scariest? Teach a Sunday school class? Sing a solo? Become the church treasurer?

The worst, according to many, would be this: Lead someone to Christ. “Well, Pastor, I’m not sure I could do that without messing up. I wouldn’t know what to say…”

In the small town where I serve, we’ve tackled that “fear factor” through a unique, no-risk approach. As a result, dozens of people in our congregation are willing, even eager, to guide enquirers to the Saviour.

This is happening, mind you, in a very tightly knit community of just 800 people on the Canadian prairies (with an additional 3,000 in the rural area around us) where everybody knows everybody’s business, and social conformity is strong. Stepping out to do something bold is not the habit here. We have five local Mennonite churches, one of which I grew up in. It’s easy to assume that evangelism is for somewhere else; after all, everyone in our town must be saved already. Just settle back in your church pew and sing the old gospel song “Hold the fort, for I am coming.”

Easy to Try
Several years ago, Campus Crusade for Christ announced a program called “Power to Change” for Manitoba. The province would be blitzed for several weeks with billboards, TV advertising, and TV specials–all carrying a phone number to call for spiritual help. This would require setting up a bank of phone counsellors in Winnipeg, just forty-five minutes from our town.

I promoted this opportunity with a passion in our church, encouraging everyone to take the training. Many people caught the vision. We went as a group for two nights of classes that taught how to share your faith over the phone in three minutes or less.

When the “Power to Change” publicity hit and the phones started to ring, our people found out how easy it was to guide a caller to salvation. The person on the other end of the line was already primed. Excitement began to rise as our people labored together to bring in the harvest. At the end of the evening, some people could hardly be torn away from the phones. The joy of leading someone to Christ was a real high.

In those days, the technology was not random; incoming calls always went to Phone 1 in the bank, unless that line was busy, then on to Phone 2, or Phone 3, and so forth down the line. One man around age 30 in our group, who ran a welding shop, soon figured out the system and would actually hustle to get the Phone 1 seat, so he could be busiest throughout the evening!

We were a little disappointed that no calls seemed to come from our rural area, the so-called Bible Belt of Canada, but we rejoiced in counselling dozens of callers from Winnipeg and other places across the province. As a pastor, I couldn’t help smiling as I watched everyday people from my church enthusiastically sharing the gospel over the phone.

The Graham Connection
While working at the “Power to Change” phone center, we met a lady who told us about another opportunity with an even larger reach: a Billy Graham call center in Winnipeg. This operation would field responses to TV specials that aired all across North America.

We agreed to come and check it out. When our busload of 45 people from out in the farm country rolled up to a large Winnipeg church for the first night of training, the organizers had to find a larger room! We soaked up the instruction for three hours that night and were intrigued with the 300-page manual each person received. It included everything a person would need to counsel someone on the phone, including an extensive index in the back that covered everything from doctrinal questions to personal crises.

We soon challenged the other churches in our community to come on board with us and be a part of this ministry. Then just over a year ago, the Billy Graham ministry decided to implement smaller centers outside the major cities. All you needed to qualify was the ability to manage a minimum of six phones, so we jumped at the opportunity.

We found a local business in Grunthal that already had five incoming phone lines. They offered to buy another one so we could use their facility in the evenings. In January 2005, our tiny town became just the third Graham call center to operate in Canada (alongside Winnipeg and Calgary). The Billy Graham organization runs week-long fleets of telecasts across North America some eight to ten times a year. That means we’re needed to take calls from viewers all over the continent. (The ministry pays the phone bill.)

Our people are so excited about this means of evangelism that they can hardly shut up. They are ready at any moment to lead their friends to Christ, because they already have the experience. I watch their faces absolutely glow at the end of the night when they have led someone to Christ. They are fully equipped and enthused to help anyone to the foot of the Cross.

One woman found herself on the line with a caller from somewhere in the States who was seriously contemplating suicide. The man did not want to go on living any longer. Our counsellor quickly flipped to the suicide-prevention pages in her manual and kept him on the line for half an hour. She not only talked him out of ending his life but even managed to lead him to the Lord. Talk about a thrill!

During the January 2006 run, we were open six nights and handled 183 calls. Of these, 44 prayed to receive Christ for the first time, 18 received prayer for assurance of salvation, 34 rededicated their life to Christ, and 87 had other needs that were prayed for. Workers have been taught never to end a call without praying for the person, so our people learned to pray out loud and in every situation.

Labourers for Today’s Harvest
A Franklin Graham Festival is scheduled for this fall in Winnipeg. This will push our people a step further, to do face-to-face counselling. I’m going to urge as many as I can to take the “Life and Witness” classes in preparation for the festival. There they will help at the public invitation and also do follow-up with friends they bring to the event.

We are praying with anticipation for a great harvest. I fervently believe that church growth should come from more than just the cradle! That’s the main source of growth in our rural area-but I want to see teenagers and young adults and older adults come to Christ as well.

Jesus said once to his disciples, “The harvest is plentiful but the workers are few. Ask the Lord of the harvest, therefore, to send out workers into his harvest field” (Matt. 9:37-38). I hope, with God’s help, to be able to say that at least in my community, the workers are many. I am convinced, as a pastor, that it is my responsibility to equip the labourers, and He will empower them by His Holy Spirit to help bring in an end-time harvest.