In Retrospect: 30 Years and Counting

In Retrospect: 30 Years and Counting

“The men who went to try to rescue the five brought back to me from Jim’s body his wrist watch, and from the Curaray beach, the blurred pages of his college prayer-notebook. There was no funeral, no tombstone for a memorial…. No legacy then? Was it “just as if he had never been”? “The world passeth away and the lust thereof, but he that doeth the will of God abideth forever.” Jim left for me, in memory, and for us all, in these letters and diaries, the testimony of a man who sought nothing but the will of God, who prayed that his life would be “an exhibit to the value of knowing God.”  —from the Shadow of the Almighty by Elizabeth Elliot. 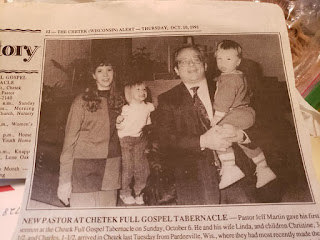 Since arriving in the “City of Lakes” back on October 1, 1991, a lot of water has flowed under the Long Bridge on the north end of town. Over the course of 30 years, we have lived and raised a family here. To date, I have preached 1,022 regular Sunday morning messages (not including uncounted youth and other special event messages).

Over 30 years I’ve preached and taught the Scriptures, prayed for people, and conducted numerous hospital and pastoral visits. I’ve ministered to young and old, single and married. I’ve led Sunday school classes for kids and shared the Word with “old folk,” too. I’ve presided at weddings and funerals, dedicated babies, and prayed over more people heading out on mission than I can easily recall. I’ve listened to those who are brokenhearted and disappointed, and I’ve sought to console those who have described themselves as lost.

All these activities (and many more like them) are standard fare for a “one-horse” parish like the one I serve. But in my particular situation, over three decades I’ve also moonlighted in many other capacities—whether that’s driving the hearse for the local funeral home, coaching kids at the middle school and high school, writing for the hometown newspaper, performing in community theater, and presiding at church, school, and city meetings. And, of course, the most significant addition to my resume in recent years is serving as mayor of our city since 2016. I think it’s fair to say I get around.

Since October 1st was a beautiful day, I drove out to Lakeview Cemetery and went looking for Rev. Runar and Ruth Mattson’s marker. Rev. and Mrs. Mattson founded Chetek Full Gospel Tabernacle (now renamed “The Refuge”) in 1956. It was during his time of service that the lots where our sanctuary now stands were purchased, the building built and the mortgage satisfied prior to his untimely death on January 1, 1975. By all accounts he was a good and godly man revered by his wife and children. While the church was small at his passing (frankly, it still is), what greater legacy could he have left other than being loved and respected by his family and the community he had so faithfully served.

Printed at the bottom of Pastor Mattson’s marker is his last sermon: “There is a time to be born and a time to die” (Ecclesiastes 3:2).

Since his death, six have followed him as pastor of  our church: Jonathan Reine (1975), Del Grandstrand (1975-1977), Chester Logelin (1977-80), David Bakken (1979-1980), John Tuttle (1981-91), and myself. Del, Chester and David have long since gone to their reward, Jonathan no longer is in pastoral ministry, and John presently has been serving a congregation in the Upper Peninsula of Michigan for many years. Each in their time here made deposits into the life of the kingdom of God in our town and beyond, but only God can say—and, ultimately, will say—which was of eternal value and which was not (see 1 Corinthians 3:12-15). The same goes for me.

For the last few months I have been reading Shadow of the Almighty: the Life and Testament of Jim Elliot. Following his death in 1956, his wife, Elizabeth took the journals he had kept and the letters he had written to put together a biography. As it happened, it was on October 1st—30 years to the day since arriving in Chetek—that I came to the end of the book.

Upon his death, all Jim Elliot left was a wrist watch, some well-worn clothes, and a one-year-old daughter. He had no life insurance policy. Their home in the wilds of Ecuador would rightly be considered a crude shack by any definition. But considering his influence on the cause of missions and the ongoing life of disciples worldwide, he “done real good” for his nearly 30 years of living. (He was 29 when he died.) Ultimately, only God can evaluate the worth of his ministry—and mine—rightly. Best to leave it there.

Honestly, I’m just grateful to be here. I’m thankful for the life we’ve made here, the friends we’ve made, and the things we’ve been able to be a part of. When I re-read Psalm 16:6-7 “The boundary lines have fallen for me in pleasant places; surely I have a delightful inheritance. I will praise the Lord, who counsels me; even at night my heart instructs me” (NIV), I see our home at the corner of Fifth and Banks, the “church behind the Dairy Queen,” downtown Chetek and the nature trail behind Chetek-Weyerhaeuser High and Middle School. 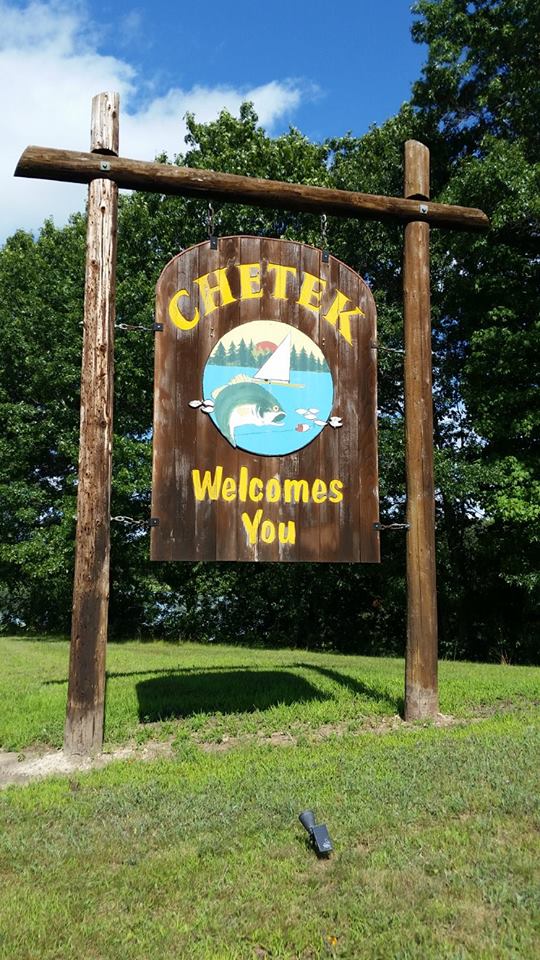 I see it all, and the multitude of lives that have touched ours over three decades of living here. However long my service to this fellowship and this community may last, I pray to be found faithful to my call, to my post, and to them.

“As for you, go your way until the end. You will rest, and then at the end of the days, you will rise again to receive the inheritance set aside for you” (Daniel 12:13, NLT). 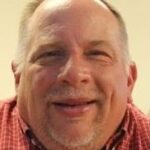 Jeff Martin has for 30 years been pastor of The Refuge, Chetek, Wisconsin.