Church on the Front Lines

Church on the Front Lines

Helping people in need is a passion for Greg McMullen and The Well Church, which he pastors in Lake Stevens, Washington. When he and his wife, Amy, began their ministry, they put a blessing box in front of their house. Each day they would put over $200 worth of canned food in it, as well as food donations from others.

McMullen and his church began to provide food three times a week for any who came. They also made 200 to 300 sandwiches to distribute to the area’s homeless. They ran into a few logistical and bureaucratic snags, however.

“We had a bumpy start,” says McMullen, referring to some early opposition that sidelined a few of their efforts. They were even questioned about delivering groceries to the elderly and others in need.

Then, over a year ago, the blessing box was destroyed when it was hit by a car. McMullen felt that they should wait for the right time to rebuild it.

He could not then have imagined what would happen, because all of that was before COVID-19 came along. A few weeks ago an area gleaning (or benevolence) ministry asked for some assistance, and the McMullens started bringing in food to help during the quarantine. 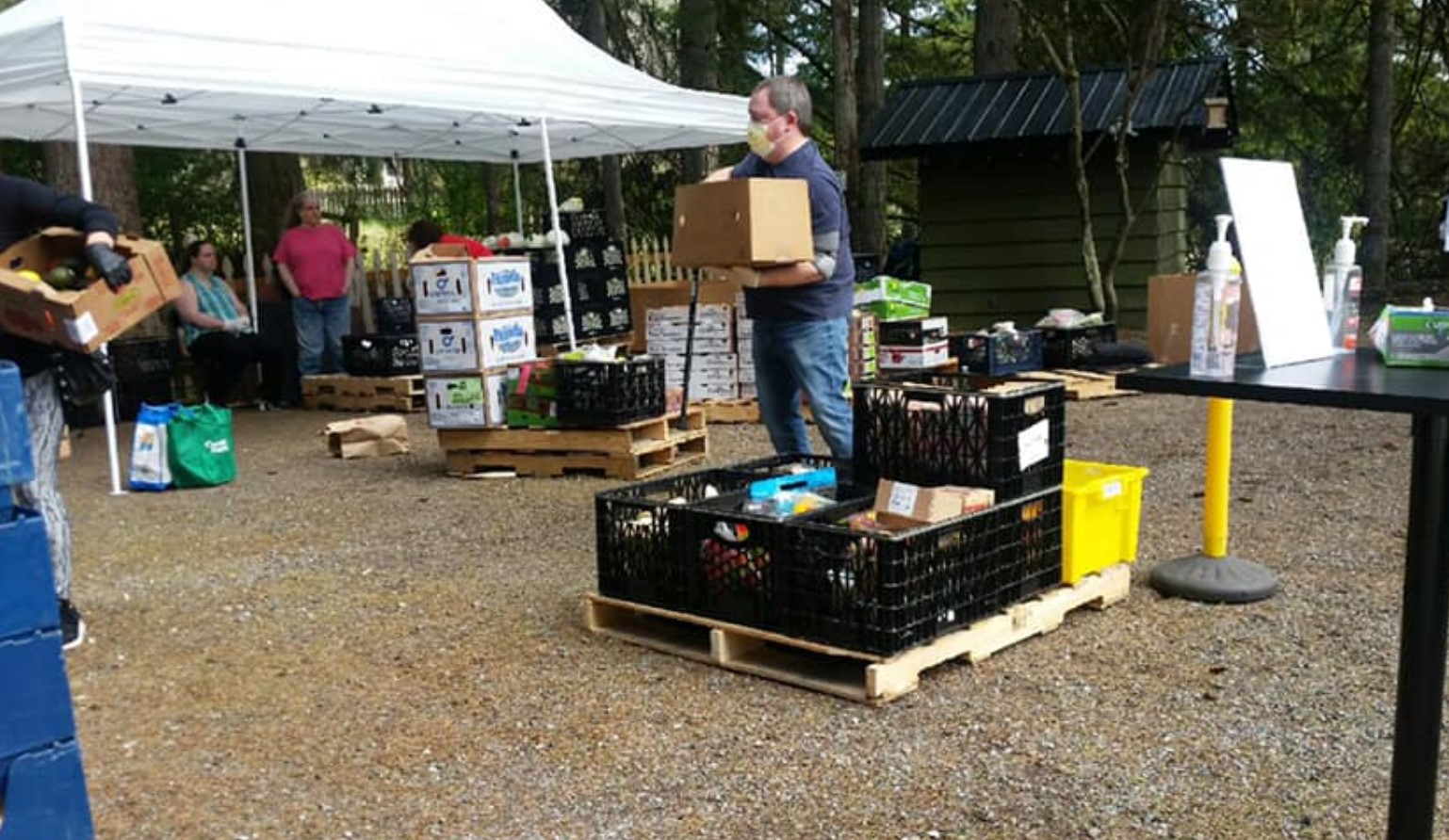 Food ministry to many in and around Lake Stevens, Washington, who have lost their income during the COVID-19 crisis.

“Some friends of ours heard about our earlier problems,” says McMullen. They informed a large food bank, which responded by dropping off two big truck loads providing food for more than 1,000.

A number of people lobbied for the food ministry of The Well Church—including the county representative, himself a former pastor, mayors from two neighboring cities, and the county Sheriff’s department.

Recently a mother came to get food for her family, asking how much she could take. “Take what you need,” McMullen told her. She fell on her knees, crying and thanking God.

“The Lord broke my heart with his mercy,” says McMullen.  The family with four children had been eating only what the school gave for the kids’ lunches. “I began to weep as I felt the Father’s heart for his people,” he says.

Now the county helps with traffic, staging vehicles for parking, a critical issue for a small church with limited space. “Now we see people coming from 30 or 40 miles to fill up two shopping carts of food,” says McMullen. “It is truly amazing to see.”

Over 2,500 people have been coming to the church each week for food. McMullen drives a rental truck 120 miles round trip, aiming for three trips each day they distribute food. Over 350,000 pounds of food were delivered last week.

Why rent a truck at nearly $1,000 a week? “Unfortunately,” McMullen explains, “I destroyed the engine in my pick-up in the process of pulling a trailer with food.” Although a local dealer provided them with an excellent deal on a new pick-up, they are trusting God for a larger box truck to haul the amount of food needed for the ministry.

Officials estimate 18 months are needed for area families to recovery from quarantine restrictions, so McMullen has made a two-year commitment to bring food, which is shared with two other churches and three gleaning ministries.

“Many people have come to Christ,” says McMullen about the spiritual impact of their work. “We have been baptizing people during this time.” It’s typical to see them praying for people in the parking lots. They have given away over 1,000 Gideon Bibles—their entire inventory.

McMullen says, “It is almost like the book of Acts. God has really moved here.”

He still thinks of the desperate mother, thanking God for his blessings. “I have not been able to stop crying,” he says. “All I think about is how we can bring more food in to help the people.” 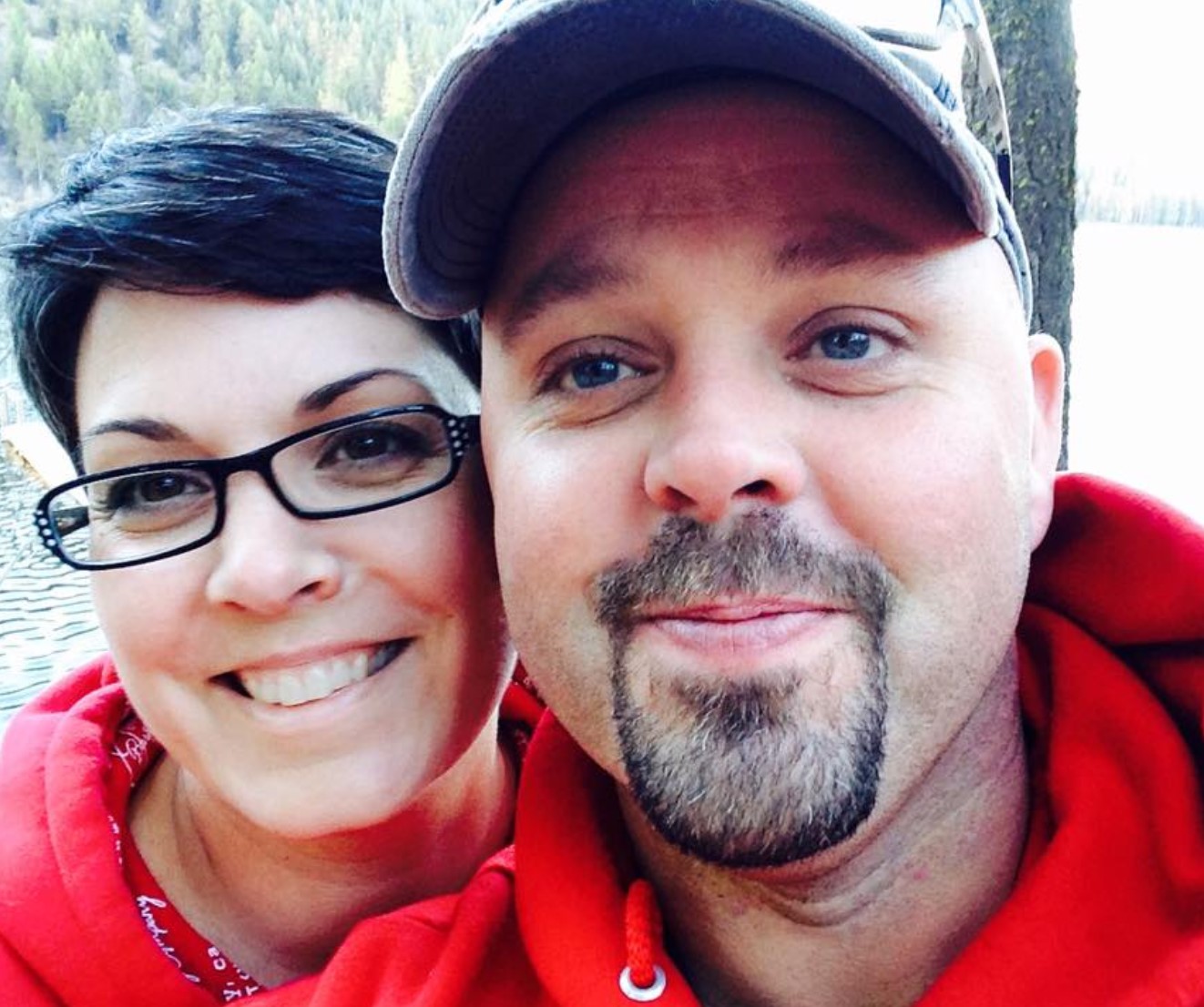 As their ministry has grown and McMullen’s “tent-making” role as a contractor has been put on the back burner, he is praying for financial partners to help purchase a used box truck for $34,000 or to provide ministry support for the next 18 months.

More information about the ministry can be found at the church’s website, Facebook page, or their GoFundMe page.