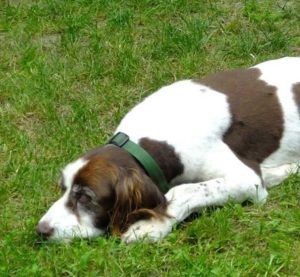 Riverside Christian Assembly in California has pulled off something few churches have ever done, building an evangelism team affectionately known as the “Dog Wakers.”

The neighborhood near the church, it turns out, has a large canine population—and most of the dogs bark incessantly when the team canvasses the area. “I bear a scare on my right index finger from a pit bull,” laughs Pastor Drew Brattrud. “He didn’t enjoy our wake up call and got his teeth through a gate.”

The evangelism team has contacted their neighbors in multiple ways. To date: 300 postcards, 324 emails, 1,057 app notices, and 100 door hangers—all of which have contributed to 1,000 website views. The theme of their effort is appropriately named “Bombard the Back Yard.”

Each member of the evangelism team has had a role. Carol Bennett has been a tremendous help with labeling mail and sending out invitations. The “Dog Wakers” also do their part, visiting homes in the area.

While they have kept boots on the ground, the church has also released daily short clips of preaching on Facebook and Instagram, spending a little extra to boost the posts and put them in front of more than a thousand viewers.

Brattrud has challenged members of the congregation to invite their friends and not just rely on “cold-call” neighborhood contacts. “Nine out of 10 people visit a church because a friend or family member invites them,” he reminds them, “so let’s invite more of our friends.”

Though the campaign is not yet finished, they have already seen results. Several have visited church services, and three families have continued to attend. An amazing baptism took place. “On average you must invite someone seven times before they will attend an event,” notes Brattrud. “With six contacts in the can, now we have to be ready meet them.”

Riverside Christian Assembly’s ongoing outreach will next include a local coupon mailer, reaching 5,000 area residents—1,100 of whom have already received postcards from the church. Their message will be on the middle front page once a month for four months. And they are improving their video message posts, even experimenting with some drone footage!

“We are proud of our church,” Brattrud says. “We no longer want to be the best kept secret in Riverside.” He notes that the 1,176 residents who live in their target area have, for five weeks in a row, received a postcard from the church.

And their dogs received a wake-up call.