Dr. Munir Kakish, long-term FCA missionary from Living Hope Church (Elk Grove Village, IL) will lead the communion service from Israel on Good Friday (April 2, 2021) for One Body One Blood. Believers from around the world will unite to commemorate the greatest gift of all time and the only hope for mankind—the death and resurrection of Jesus Christ. The one-hour event will be broadcast on YouTube at 4:00 PM, April 2 (Israel time) and will include worship, testimonies, the Word, and sharing the elements of the Lord’s Table together. Besides leading participants in taking the elements of the Lord’s Table, Kakish will speak about the significance of communion.

One Body One Blood aims to gather a million believers together online, Christians from every nation, so they can experience communion together and be inspired to acts of service that will lead people to Christ. Several individuals from Bethel Assembly, an FCA church in Fosston, Minnesota, have been working diligently to spread the word about this unique event. More information and free registration are available at https://onebody-oneblood.org/ . 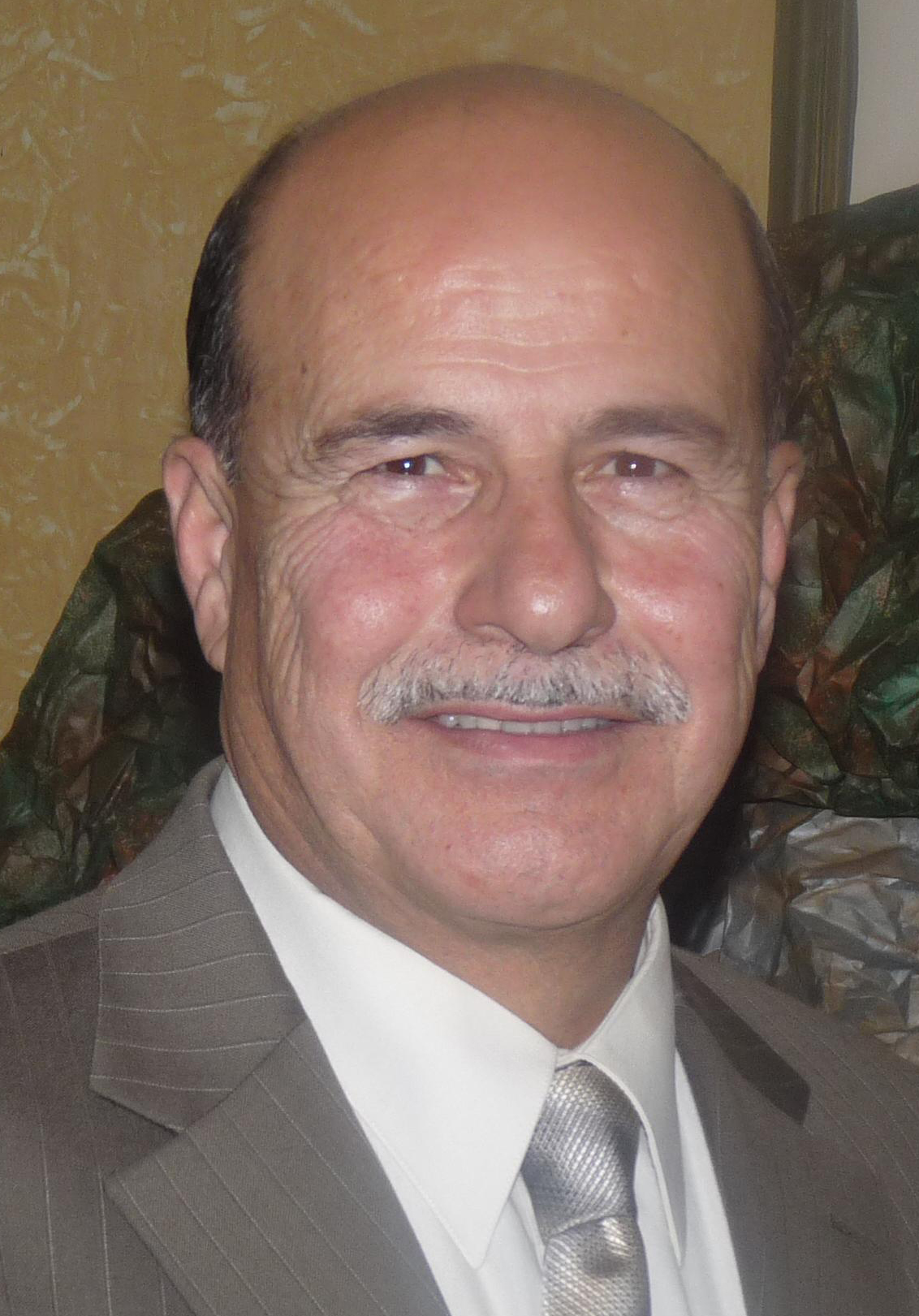 Munir Kakish was born in Jordan in 1947. When his father died, his family faced great financial hardships and was forced to place him in a Christian boys’ home in Ramallah, West Bank. At age 10, he dedicated his life to Christ. Even as a young boy, Munir felt called into the ministry, so after high school he made his way to America where he finished a BRE in Christian Education, B.A. in communications, a Master’s degree from Wheaton, as well as a Doctorate of Ministry Degree.

Along with his wife, Sharon, Munir has served the Lord in the Holy Land since 1978. Beside founding a home for needy children in Ramallah, they have worked diligently helping children and sharing the news of Jesus Christ. Munir simultaneously serves as pastor of two churches—one in Ramallah and the other in Ramla, Israel. For 13 years he has served as President of the Council of Local Evangelical Churches in the Holy Land and as vice-president of the coalition between the Jordanian, Palestinian, and Arab Evangelical Churches in Galilee.

Another event speaker will be Dr. Ramesh Richard, founder and president of RREACH, as well as a professor at Dallas Theological Seminary, to be a global spokesman for the Lord Jesus Christ. Ramesh travels the world clarifying the message of the Bible through lectures and preaching with audiences ranging from non-Christian intellectuals in university settings to poor pastors in rural areas. He founded TOPIC (Trainers of Pastors International Coalition) to champion non-formal pastoral training worldwide. In 2016, he convened the first Global Proclamation Congress for Pastoral Trainers, in Bangkok, Thailand. 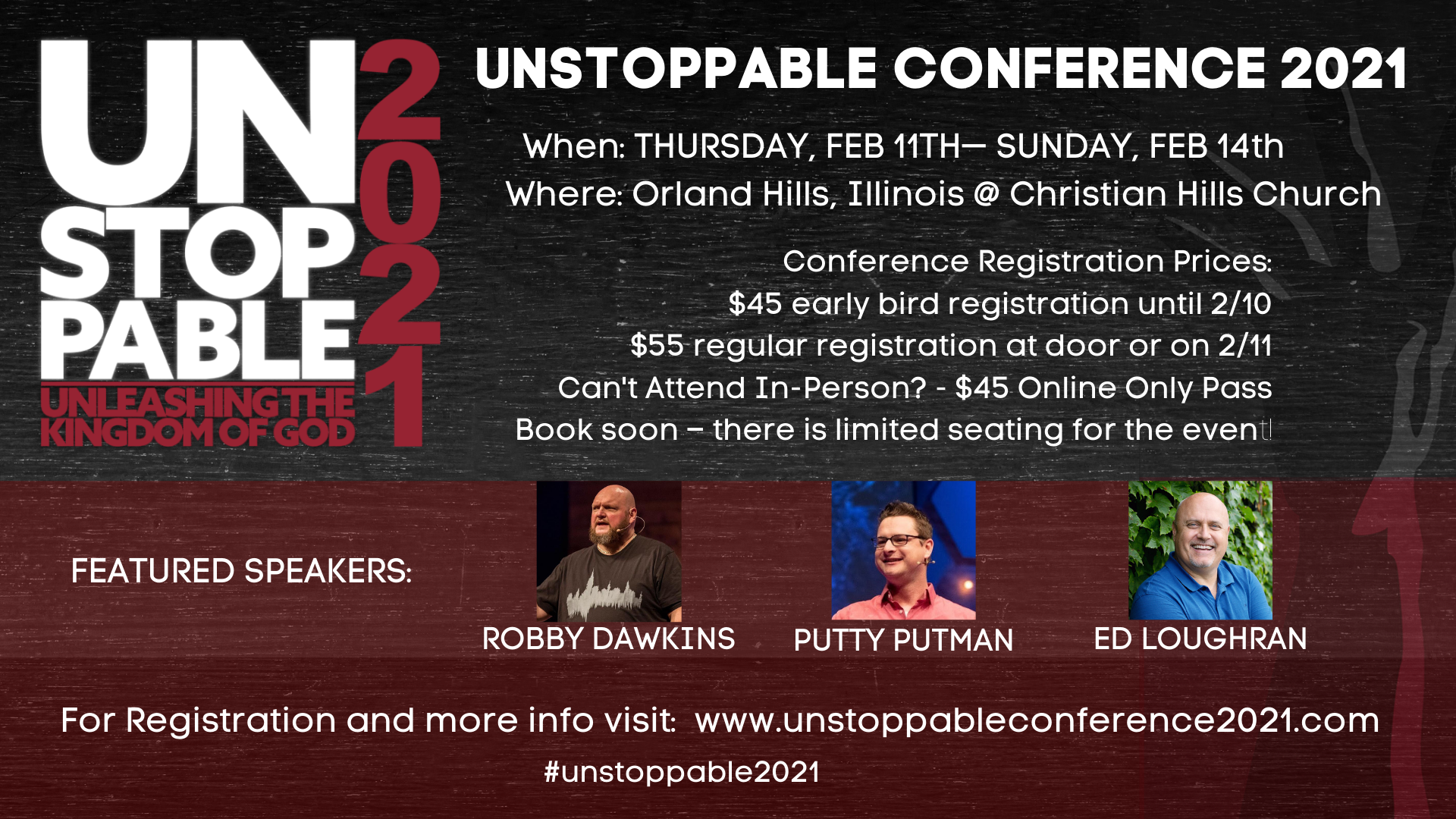 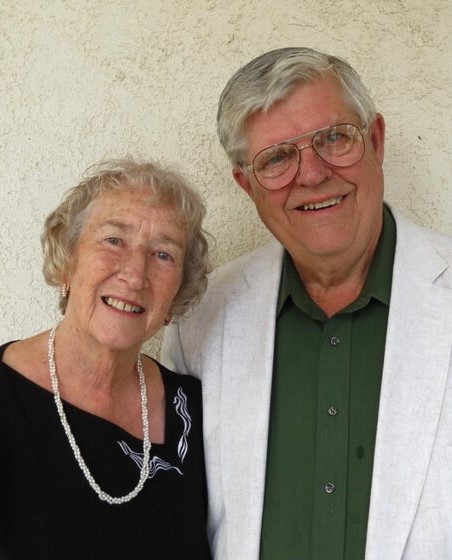 After years of fruitful ministry and a legacy of faithful service, Pastor Dick Carlson (or Pastor Dad, as he was known to Moreno Christian Assembly in Moreno Valley, California) went to be with the Lord Sunday, December 27, at the age of 87.

Dick was born at Sheriff Lake (near McGregor), Minnesota. When he was only three, his family moved to Duluth and started attending the Duluth Gospel Tabernacle—where his future wife, Ellen, was already attending. Before Dick turned 19, he and Ellen were married by Pastor E.C. Erickson, who later became his mentor for ministry.

After serving in the Air Force and as a member of the Air Force band, Dick and Ellen returned to Duluth where they became involved in lay ministries in their home church, and Dick earned a living selling life insurance. They moved briefly to California, spent a year in Seattle at Bible college, and then served briefly as an assistant pastor in California. In 1969 Dick answered a call to serve as assistant pastor at Duluth Gospel Tabernacle, but he soon returned to California at the invitation of Pastor Paul Zettersten to be the pastor of a start-up church in Westminister.

Many unchurched people were saved under Dick’s ministry at Westminster Christian Assembly. Several building programs took place as the church grew. Also growing from the church were missionary outreaches in Honduras and Nicaragua. After a dozen years in Westminster, however, Dick moved to Palm Desert to start Valley Christian Assembly. His faith-filled leadership there led to a growing, vibrant church, and property was soon purchased to build a beautiful church complex.

It wasn’t long, though, before the new church released Dick to begin yet another church, Moreno Christian Assembly. The new congregation purchased a house and converted it into a church with subsequent additions increasing the meeting space. During this season Dick helped plant several other churches—one in Florida, another in Michigan, and he was consulted on other church plants. In 1994, Dick gave oversight to his youth pastor (and son), David Carlson, in planting Hemet Christian Assembly. During this period, Dick and Ellen sent their daughter, Shari, to Indonesia to serve as a missionary for 10 years. Back in Moreno Valley, meanwhile, the growing church began construction on even more sanctuary space, dedicating the new sanctuary and office complex in June, 2000. A year later, Dick retired as senior pastor and was succeeded by his son, David.

Over the years Dick worked with and mentored a number of pastoral assistants, impacting each by his integrity, faith, and pastoral care. His vision of training church leaders influenced him to lead the charge in establishing Southwest Bible College in 2000, where he has served as college president for the past 20 years. Under his leadership the college purchased property where classes are now being held.

FCA Lead Elder, John Sprecher, observes that Dick Carlson was a pioneer who was always looking for the next opportunity. “The Fellowship of Christian Assemblies in Southern California exists today because of his vision and passion,” says Sprecher. He noted that Dick had texted him a number of times during his last days. “His final text to me was sent less than 24 hours before he went to be with the Lord. It summarized his feelings and commitment to our Fellowship: ‘The FCA has always been special to me. There are larger groups, but there are none finer, in my view. I love you all.’”

Dick will be lovingly missed by his wife of 67 years, Ellen. He leaves a wonderful family legacy of 4 children, 11 grandchildren, and 22 great grandchildren—all serving the Lord with nine of these families involved in full-time ministries.

A memorial service for Pastor Richard Carlson will be held the afternoon of Sunday, December 27, 2021. Click HERE for more details on how you can watch online. Friends of Dick Carlson may share their memories Ellen on the same webpage: http://mcathechurch.com/pastor-dad-memorial 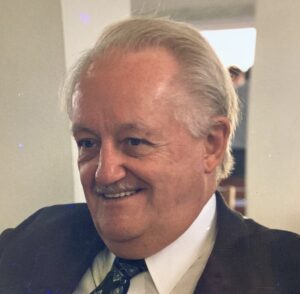 Long-time FCA minister, Harmon Alden Johnson, 87, of Brooklyn, NY, passed away on September 28, 2020, in Decatur, GA, due to complications from Parkinson’s disease. He was born May 22, 1933, in McGregor, Minnesota, to Alma and Arthur Johnson, a Minnesota pastor who later served serve Salem Gospel Tabernacle, an early FCA church in Brooklyn, New York.

Harmon attended North Central University (then North Central Bible College) in Minneapolis and was ordained to the ministry by Lake View Gospel Church in Chicago, Illinois in 1955. He served pastorates in Delavan, Wisconsin, and Montpelier, Vermont. At an interchurch rally in Vermont, he met Carol. They married on October 17, 1959.

Within two years, God opened the door for them to become missionaries to Brazil, where they lived on and off for 15 years. During those years, while earning an MA in Theology at Fuller Theological Seminary, Harmon served with Paul Zettersten as youth pastor at Immanuel Christian Assembly in Los Angeles and co-authored the book, Latin American Church Growth. An active member of the FCA, Harmon assisted Zettersten with editing Conviction magazine (later Fellowship Today) and served several other Fellowship churches.

Harmon believed training leaders occurs through discipleship, and he mentored hundreds of church and lay leaders over several decades and continents. He also had a passion for music, however, and conducted orchestras, choirs, and praise and worship teams. He is survived by his wife, Carol Johnson, two brothers, a sister, four children, ten grandchildren, and 15 great-grandchildren.

The family hopes to hold a memorial service for Harmon in May of 2021, circumstances permitting.