When the Fellowship elders met in San Diego last November, they prayed for God’s direction regarding the ministries shared by FCA members — not just for the next decade but beyond. God gave them inspiration and vision, also prompting them to issue a special call to ministers across the U.S.

As a result, they are inviting all U.S. ministers attending the international convention next month to join with them for an extra session prior to the official start of the convention on April 27. The invitation includes two distinct opportunities for ministers:
…..(1) A prayer and worship gathering on Sunday, April 26 beginning at 7 p.m.
…..(2) A meeting for dialogue and discussion on Monday, April 27 beginning at 1:30 p.m.

Both the prayer and the discussion time are open to all ministers attending the convention. You will have the chance to hear about recent developments and strategies — as well as be able to join in the conversation with the U.S. national board and regional elders.

Fellowship elders, who are ministry leaders from various geographical regions of the FCA, hope the dialogue and discussion will further refine the ministry and direction of the Fellowship. They are eager to hear what God is birthing in the hearts and spirits of pastors across the country, and they want to provide the opportunity for participants to identify core ministry values that unite our unique Fellowship.

“This is a chance to provide feedback about key characteristics of what it means to be an ‘FCA church,’ or an ‘FCA minister,” writes Sam Snyder, pastor of Cross Culture Community Church in Minneapolis and current president of the FCA Board. He notes that as a Fellowship we already have, “shared beliefs and practices about what is most important in what we do in ministry — and how we do it.” He anticipates the time in San Diego will expand and articulate the things we already share.

FCA leaders expect the pre-convention gathering of ministers will also help gauge “the pulse” of the Fellowship for the future. Recalling that the FCA was birthed nearly a century ago (in 1922) at a fellowship gathering in St. Paul, Minnesota, Snyder observes that further defining “why we do what we do and the way we do it” will help the ministers and churches of the FCA as they seek to move forward into the next 100 years of ministry together. 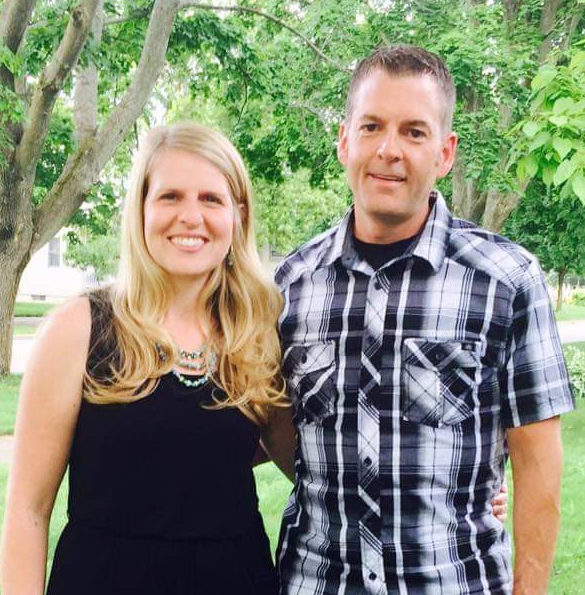 Grace Church of New Glarus, Wisconsin, a small, rural town south of Madison with just over 2,000 people, has named John Lewis as their new lead pastor. For nearly 20 years, John has served the church as its youth pastor, working under the ministry of Pastor Roger Olsen who recently went to be with the Lord.

Grace Church of New Glarus was started in 1992 by a small group of believers. A year later Roger Olsen was called to come and pastor the small congregation of about 50. His faithful ministry and God’s grace over the past 26 years has seen the church grow to around 250 attenders on Sunday mornings. Roger’s steady manner and easy-going personality helped shape the church into a solid work . Even today the congregation, though often crowded, still meets in the renovated but unpretentious storefront building from its early days.

In 1993, while while working on his Master’s Degree at Northern Michigan University in Marquette, Michigan, John Lewis came to know the Lord at a Billy Graham crusade. He soon connected with the Marquette Gospel Tabernacle (now Waters Edge Church) where he was baptized by Pastor Ron Drake. After finishing his studies in Marquette, John felt a strong call to the ministry and in 1995 began attending Christian Life College in Mount Prospect, Illinois.

After graduating in 1999, he did a six-month internship at the Duluth Gospel Tabernacle under the direction of pastors Dean Bjorlin and Rolf Fure. After his internship, John began calling pastors in the FCA directory, which is how he connected with Pastor Roger Olsen in New Glarus. John began his work as youth pastor at Grace Church on April 19, 2000. John and his wife of 17 years, Angie, have two children, Alayna (15) and Noah (14).

John is now looking for a youth pastor to join him in ministering to the families of New Glarus. “Our congregation is a close-knit family with a wide age range,” he notes, from young singles, to young families, to seniors. “We are also multi-cultural,” he adds, “with a charismatic worship style and a strong emphasis on preaching God’s Word.” The church values the congregational testimonies and use of spiritual gifts as well. The Wednesday evening youth meeting averages 35 to 40 students (grades 6 through 12).

If you ask John about the church’s goals, he will offer several emphases: reaching the lost, connecting believers as family, helping them grow in faith, in serving their gifts, and impacting their world for Christ. “One of our biggest challenges at the moment is space,” John observes. “The sanctuary can get pretty tight some Sundays.” The church is in conversation about purchasing land in town to put up a new building.

Applicants for the youth pastor position may send introductions and resumes to:

Further details about the job description are available by clicking HERE. 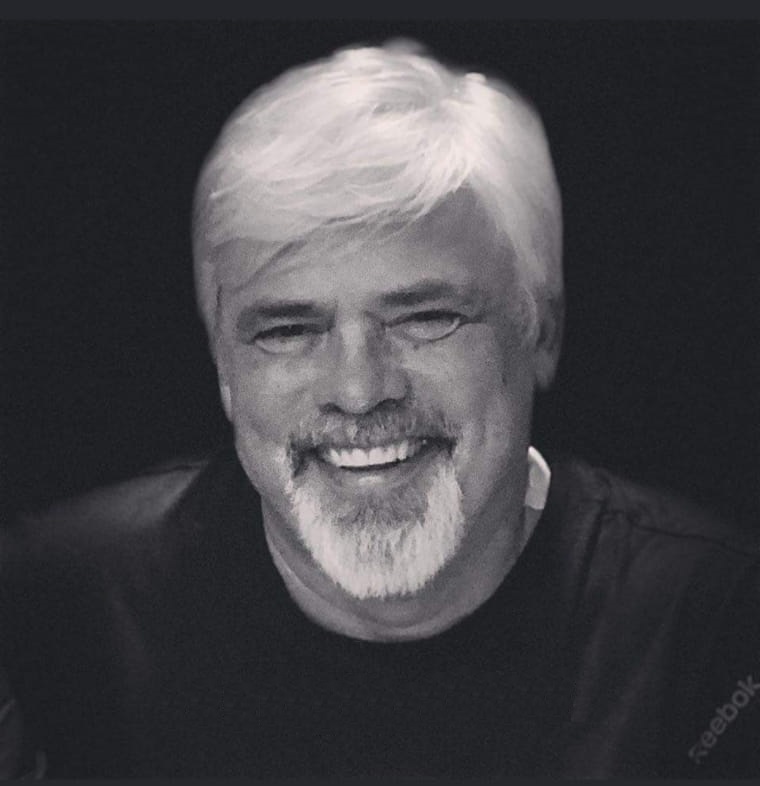 Derek Forseth, pastor of Philadelphia Church, Seattle is now improving after seven weeks in the ICU.

It was Christmas Day that Derek went to the hospital Emergency Room knowing something was not quite “right.” The doctors admitted him because of heart problems, but he has not been able to return home since that day. Some of what Derek has gone through since then is recounted on his CaringBridge page, which you can view by clicking HERE. You can also leave messages there.

After tests and meetings with top Seattle cardiologists, Derek was diagnosed with congestive heart failure. A single bypass surgery on January 9, 2020 was changed to a triple bypass, but still his heart wasn’t strong enough to pump on its own. As a result, another surgery followed five days later to put in a Left Ventricular Assist Device.

A week, however, Derek contracted an E. coli infection in his chest surrounding his heart and lungs. Repeated surgeries followed to “wash out” the infection from his chest cavity. Once the infection was under control, the doctors wired his chest bone back together on February 3, but more surgeries were required to reconnect muscles and skin. All total, Derek has undergone 13 surgical procedures since Christmas.

“It’s been a time of extremes for our family,” says Krista, noting that they have gone through valleys and shadows as well as looking to the mountains. They have been “hearing updates full of doubt and the unknown,” she says, but also have been “leaning in to our God who brings us peace and hope.”

Yesterday (Friday, February 21), on his 56th birthday, Derek and his wife, Krista, were especially grateful. Derek is alert and communicating (by mouthing words, due to a tracheotomy). He started physical therapy on his birthday, and the nursing staff even took him outside in the beautiful Seattle sun as a birthday present. He loved it!

The family asks for your continued prayers:
• for Derek’s physical therapy to help regain muscle strength;
• for continued healing and of his lungs so the trach can be removed;
• for peace and strength for Krista and their kids;
• for Philadelphia Church during Derek’s absence;
• for the church leadership team.

“This is a time for God to shine in and through us,” says Krista. “We believe in the power of prayer! Thank you for partnering with us.”

“Even if I am poured out as an offering on the altar of your faith, I am glad and rejoice with all of you.” —Philippians 2:17 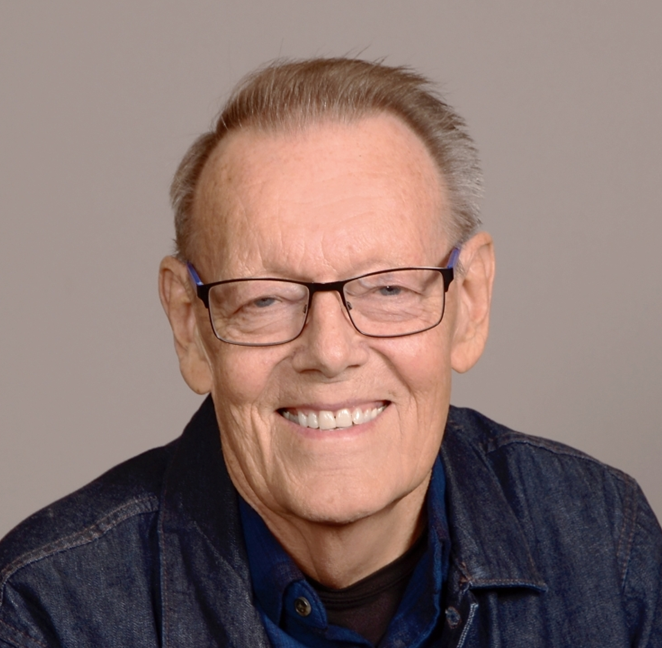 Roger Olsen passed from this life Thursday morning, January 30, 2020, to be with Jesus.

He was a father to me — and really to anyone who knew him. I don’t know that I’ve ever met someone who was more concerned about the spiritual welfare of others and who thought nothing of sacrificing to help them in any way he could.

I was privileged to be with Roger and Sandra in the hospital the day before he died. I got to hear one last time from the heart of this man who has guided me through my entire ministry. He wanted to know how I was doing! He talked about his children and his grandchildren with tears in his eyes, so proud of who they are, and so concerned about everyone’s walk with Jesus.

He talked about Grace Church (where he was pastor for years in New Glarus, Wisconsin) and how happy he was with Pastor John Lewis and Don Wickstrum. He had words of encouragement for me and for City Church. I was able to assure him that even as his family was carrying on his legacy, so was I, one of his many spiritual sons.

Roger showed us how to love people. He always had a book or a CD/DVD to share and it was always a gift to me, or to the group that was meeting. Almost every time we talked he told me he was proud of me and that he loved me. Whenever I left Roger, I wanted to be a better pastor and a better Christian.

Roger modeled for us how to follow Jesus. He was always excited about the new thing God was doing and saw the grace of God wherever it appeared. In our monthly FCA meetings I would always look forward to what Roger would say because it was always insightful, yet clothed with the humility he unconsciously walked in.

I am sad for all of us but rejoice for my father and friend. He suffered for many years physically, yet stayed for us. He has now gone to his great reward; he finished his race strong. Help us, dear Lord, to do the same. Thank you, Jesus, for Roger.

Thank you, Roger, for loving me and believing in me. Thank you for pouring out your life, so that our faith would be stronger. We love you!

Tom Flaherty is pastor of City Church in Madison, Wisconsin.

Note: There will be a Celebration of Life honoring Pastor Roger Olsen, 3:30 p.m. Sunday, February 9th at City Church, 4909 East Buckeye Road, Madison, following a time of Visitation which begins at 2:00 p.m.

The 2020 FCA directories* are available to members only in a private (protected) area of the website.

Click the button below to go to your country’s member site. Once there, you can login using your member registration ID (username). Don’t remember your username? You can find your ID registration number on your 2020 membership card.