The mission field has often been relegated to two types of missions: short- and long-term missions.  Some feel the call of God to take up permanent residence in the nations they are sent to, and to live and minister there.  Others go on week- or month-long trips to help with a specific project or participate in a ministry overseas.  Both types of missions are powerful in their own way, and God has used both to impact the world.

However, the majority of the Church have never gone on a missions trip or participated in missions in any significant way.  Some provide financial support and prayer ministry for long-term missionaries, of course, and that is incredibly important. But even those roles are filled by only a very small percentage of Christians.

We have felt the call to minister to and assist long-term missionaries, but we also hope to motivate others. We want to get as much of the Church as possible involved in missions in some way.  Hope Expeditions was birthed from this idea: take the everyday believer and give them the chance to serve and minister in unfamiliar territory.  Let them not just see what God is doing around the world, but participate in it as well.

Hope Expeditions is a young ministry based in the Chicago area. We are committed to taking the Gospel of Christ to every nation by taking teams of believers on short-term trips to help long-term missionaries with their ministries.  Long-term missionaries are some of the toughest and most devoted members of the Body of Christ, and it is our privilege to serve them.  No matter how much support they have from home, they always have more work that needs to be done  and more people to be reached.  Our mission is to help missionaries fulfill theirs.

When Hope Expeditions sends a team, they are sent to serve and minister in whatever way is needed.  They are given training, information, and encouragement. Most importantly, however, they learn to rely on the power of the Holy Spirit to direct and sustain them.  Our teams are always made up of dedicated, hard-working believers who, regardless of the limitations of their experience, are ready and willing to help in any way they can.

Short-term trips have come under plenty of criticism for many reasons.  It is said that they do not leave a lasting impact or that they simply don’t foster the types of close relationships God uses among his people.  Hope Expeditions is devoted to developing lasting, long-term relationships within the Body of Christ and to focusing on projects and ministries that will have an impact long after the team departs.  Furthermore, we grow our relationships with the people to whom we minister and return to the same places on subsequent trips.

Our projects all have a long-term focus as well.  We don’t just build churches, dig wells, fix houses, or run evangelism meetings.  We foster relationships, discover the greatest needs of the people we are going to serve, and we work to meet that need, both on our trips and from home.  We partner with our long-term missionary contacts to complete projects in the way they need.  The goal is to serve them while getting the entire Church more involved in missions.

Going on one of these trips has a profound impact in the lives of our team members.  It changes them.  As one team member from last year put it: “It was so much fun and every day was packed with something. But most importantly, I grew closer to God’s people. I fell in love with helping and serving, because that’s what God has called us to do. I love people because God loves me.”

After a trip, most team members are eager to go on another.  Many continue to develop and grow their new friendships with people they met and ministered to overseas, and many more continue to support missions after their trip.  Some become close, long-term friends with the people they met and use social media to stay in contact.  One couple has continually supported and been in close contact with a pastor they served with on a Hope Expeditions trip.

The effect on each team member is long-term.  They don’t view missions as just another ministry anymore; it becomes a part of them.  They tell their family, their friends, and their church.  The Gospel is spread, God’s people are served and encouraged, and he is glorified through it all.  We are honored to be a part of the work he is doing all around the world. David Rice, missionary to Mexico, delivered a timely and impassioned word to ministers at the 2017 US FCA convention, held in New York last week. “The Holy Spirit does not anoint a method or a machine or an organization,” he said. “The Spirit anoints men and women!” Men [and women] are still God’s method—and planting them to plant churches is still God’s mission, Rice said. Furthermore, the Holy Spirit is still the means God uses to accomplish his mission.

He challenged the churches of the FCA to take John 4:35 to heart. “Lift up your eyes and look,” he said. “See the need; see what God wants to do!” 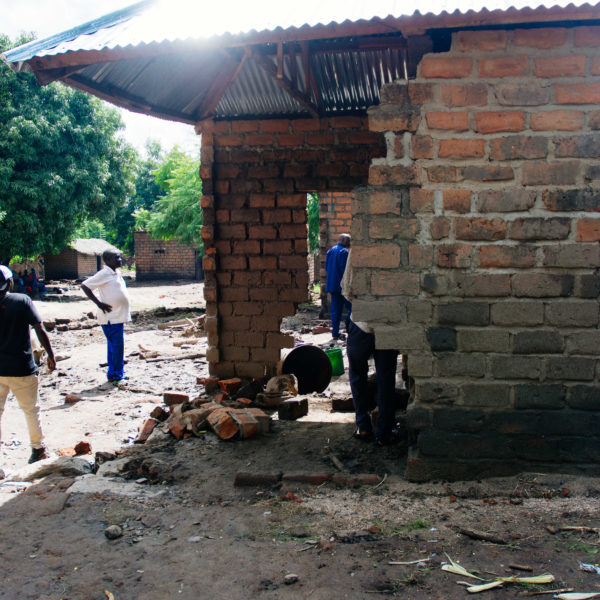 Twenty-three families lost loved ones, homes, or their personal possessions—and some lost everything. Many flood victims from Kasansa now live in a public building intended for storing crops after harvest. The FCA can give them hope.

On March 31, flash floods in western Tanzania transformed small streams into piles of rocks, trees, and rubble as water and mud came blasting down the mountain. Six deaths have been confirmed with a seventh yet to be found.
Missionary Tori Rasmussen, who had helped build a dam complete with holding tanks and pipes to supply water to the village of Kasansa, tells of many houses being totally leveled, leaving only foundations. “Burnt brick is no match to tons of water and rock!” he said.
Prayers are needed as Tori works to provide basic shelters for 23 families who lost homes and/or possessions. He also aims to restore the village’s water supply. Estimated costs for both projects together are about $12,000. Donations may be sent using gofundme.com/cz7zex-flood-disaster-relief Many houses were washed away by the flood, leaving only ruined foundations and bricks in the mud and water. A raging surge of water 4½ feet high smashed into this house. Long-time missionary Eleanor Cowpersmith passed away in her sleep early December 13, 2016 at the “Foundation for His Ministry—Cristo Por su Mundo” mission base in Colonia Vicente Guerrero, Baja, Mexico.

Prior to her marriage to the late Jon Cowpersmith, Eleanor served as secretary to the late Pastor Roy Johnson at the Philadelphia Church (Seattle, Washington). Beginning in 1962 they served together as missionary partners to Mexico and—through Bible and pastoral training—to the Spanish speaking world. Eleanor was honored by the Fellowship of Christian Assemblies in 2003 for her 50 years in ministry. She is survived by 2 sons.

The funeral service will be held Sunday afternoon, December 18 at the Mission Church in Colonia Vicente Guerrero, Baja. Afterwards, she will be laid to rest next to her late husband in the local cemetery. A memorial fund in Eleanor’s honor is being arranged by Foundation For His Ministry (P.O. Box 24000, San Clemente, California, 92673).

A Canadian missionary to Cuba, Henry Langerud, also entered God’s presence recently. His daughter, Elaine Croft, serves at the FFHM base in Oaxaca. The funeral was held in Edmonton. 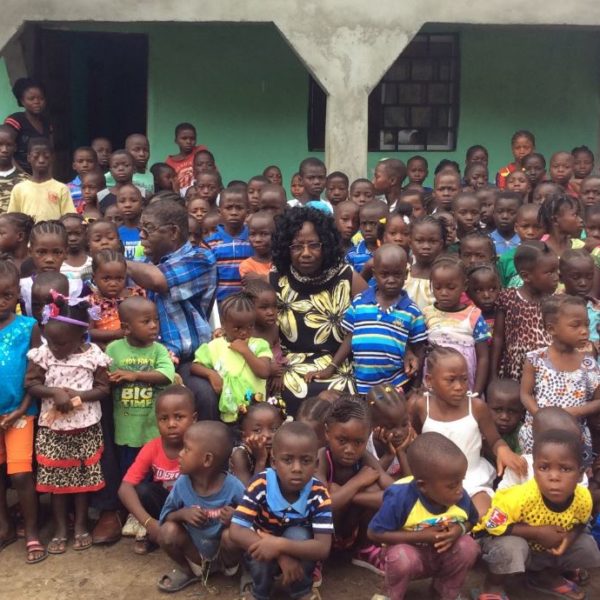 Ninety-one years after Martha Ramsey, just 23 years old at the time, left Duluth, Minnesota for Liberia, West Africa, two of her spiritual children have returned to Liberia. Pastor Irvin and Alice Kofa intend to continue Martha’s legacy by caring for and loving the children of Liberia.

Martha served for nearly five decades, returning home to stay in 1973 at the age of 71 only after a serious bout with pneumonia. During her time in Africa, she worked in an orphanage and helped establish several schools, clinics, the first air field in the country’s interior, ten churches and additional mission outposts. Many of her “children” went on to become teachers, medical workers, and pastors.

Irvin and Alice Kofa were two of Martha’s “children.” In 1990, as civil war swept over Liberia, they found themselves fleeing Charles Taylor’s ethnic “cleansing,” intended to eradicate the Krahn people.  On one occasion, God protected them when they were caught—along with hundreds of others—in a crossfire between government and rebel troops. Dozens of civilians were killed in the battle, but the Kofa’s were spared. They sensed God had preserved them for a purpose.

After time in a refugee camp in Ghana, they found their way to safety and a comfortable life in Norway in 2004. But reports coming out of Liberia were unsettling. The hardships following the war had left many children without parents and destitute. Then the Ebola outbreak of 2014 killed many in Liberia, leaving even more children as orphans.

With such news, Irvin and Alice Kofa felt God calling them back to their homeland. They considered returning to the Doodwicken Orphanage where they had already served as teachers for seven years. The orphanage had been cut off and inaccessible by vehicles, however, so they opted instead to go to Johnny Cole Town, Bong County, about two and a half hours drive from Monrovia.

This past July the Kofa’s opened the Martha E. Ramsey Memorial Academy, Inc. in Johnny Cole Town where they ministered to around 350 children, mostly abandoned or orphaned, by providing food, shelter, clothing, medical care, and schooling since the nearest public school is over ten miles away. Pastor Irvin and Alice Kofa, surrounded by the children of Liberia. returned from Norway to minister to hundreds of children in their home country of Liberia.

When they first arrived in Johnny Cole Town, Alice remembered having seen the village in a dream. “I saw this place in my dream,” she said. “The Lord showed it to me.” She remembered seeing a house in her dream, which the community donated for use as a clinic, as well as other details of the village.

The Kofa’s are trusting God for resources to build a church and school under one roof, a boys’ dormitory (a house is currently being used as a temporary girls’ dormitory and office), and a two-bedroom house for their own use. With Johnny Cole Town residents molding blocks and providing the labor, construction costs (including electric and plumbing but not furnishings) are estimated to be under $85,000.

In addition to their FCA connections, the Kofa’s are working with Gethsemane Garden Fellowship International. They are believing the Martha E. Ramsey Memorial Academy, Inc. will minister to hundreds of orphans and abandoned children who lack basic necessities. It’s a dream that has come full circle, 91 years after Martha Ramsey first arrived in Liberia.