Last week I was given a January 1943 copy of “Herald of Faith” the publication of the Independent Assemblies of God which became the Fellowship of Christian Assemblies in 1973.

For me there was a bit of nostalgia as I read the pages with names of many that I had met or heard of—E.C. Erickson (from Duluth), A.F. Johnson (who taught me the Pastoral Epistles at Seattle Bible School), Kenneth Solberg, my wife’s uncle-in-law Olaf Bakken, A.W. Rasmussen, Martha Ramsay (an early missionary to Liberia), Lewi Pethrus (from Sweden), and many others. I think that everyone whose name was listed is now with the Lord, but they have left us a great legacy of faith and passion for the gospel.

Perhaps most striking was what was NOT recorded in the magazine’s 32 pages. There was almost no mention of the World War that was raging in Europe and the Pacific. While I am sure it could not have been far from anyone’s mind, their primary focus was on church planting and missions.

A six-week intensive Bible Course had been held in the fall of 1942 at the Philadelphia Church in Chicago with about 20 students, some who were already missionaries but who wanted to increase their knowledge. The purpose was described as follows: “For the past few years the Independent Assemblies of God have put forth a renewed effort to thrust laborers into the harvest, and thus fulfill the command of our Lord and Savior, Jesus Christ. Many are called to preach the Gospel, but need the help of the local churches to encourage them to take the final step into the ministry of the Gospel.”

There was a report from part of the convention the fall before, when an apparent open forum discussion focused two questions “What are the means of God’s way of revival?” which was then wrapped into the question regarding “Home missionary work,” which we would define as church planting. This was of particular interest to me as the FCA USA had dedicated Pentecost Sunday this year as “Church Planting Sunday” in our fellowship, asking our churches to take an offering for this purpose.

In 75 years, God’s plans for his kingdom have not changed. The church is still his Plan A—and we have the opportunity to continue to expand his kingdom as we work together. 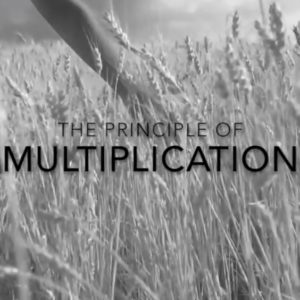 Join with other FCA churches on Pentecost Sunday, May 20, 2018 and make a significant contribution to the Kingdom!

Here’s a great opportunity for your church to partner with others in a special offering to plant new churches in the FCA. Already a number of churches have been launched over the last few years! Church planting, after all, is in the DNA of our Fellowship!

Check out this video to see five of those churches planted recently. We want to continue what’s begun—working together to see God expand and establish his church.

We believe God is reviving this passion and calling us to partner together to plant churches across our nation and beyond.

What can you do? Use this video in your church services. Copy the link and share it with the members of your congregation. Show it publicly in the weeks leading up to to Pentecost Sunday. Cast a vision for your church to see what they can accomplish by working together with others! Finally, remind your congregation to come to church on May 20th prepared to give generously.

If that particular Sunday does not work for your church calendar, we understand. In that case, we
encourage you simply to plan for a Sunday that does work for you.

Why is this so important to us? Right now there are church planters in our congregations—spiritual entrepreneurs—who need to be trained, supported, and sent out to fulfill the Great Commission in our nation. The local church is God’s plan to do that! That’s why we have set a goal of $40,000 for this year’s church planting fund. Once you’ve collected your offering, please send it to: FCA Church Planting, 4909 East Buckeye Road, Madison, WI 53716.

Who receives funds for church planting?  Any participating FCA church may request an application for funds. The national FCA board will look over each request and conduct interviews with both the projected church planter and the leaders of the local church.

We will also provide tools for assessing a planters’ qualifications as well as materials and tools that may help achieve success. Our goal is not to be the primary support of each church plant, but to partner with the local church to help in the process. Your success is our success.

Something to pray about. At our last national board meeting, we felt a strong leading to begin the process of a FCA church plant in Denver, Colorado. We would love to see a church planted there. 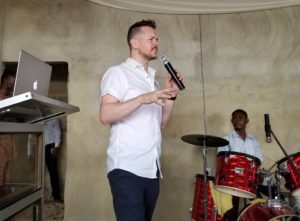 “I believe this was a very significant trip—on many levels,” reports Sprecher. Two primary areas of significant impact were in the teaching ministry at the conference and in the developing relationships among the delegations from various African nations.

Sprecher and Lee spoke and taught at the convention. Lee taught the concept of “tent-making”—working for pay in the community while serving in ministry at no charge. The fact that Lee is “tent-making” himself in New York City added to his credibility. He was touched by the similarities between Nigeria and Haiti, having previously spent seven months there seeing poverty firsthand. Besides helping pastors, the “tent-making” approach is hoped to encourage business people to use spiritual gifts in developing more ministries.

They also addressed theological distortions and extremes in Nigeria—such as the “seed faith” teaching where pastors urge people to give everything in hopes of receiving material blessings, as well as the principle of tithing the increase and not “eating the seed.” Lee has set up a closed Facebook group as a forum for their ongoing discussion and interaction.

Another significant development at the conference was the increasing connections between FCA ministers from various African countries. Five Liberian leaders were present—as well as delegates from Ethiopia, Cameroon, and Ivory Coast—further integrating what God is doing through various FCA connections in Africa. 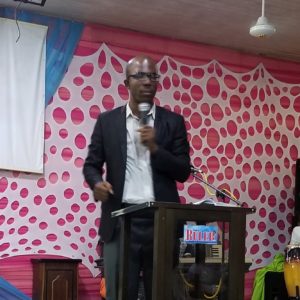 African FCA leaders met to determine the next steps in their developing relationship. Some newer members suggested naming an African “secretariat,” but Bishop Success Samuel (from Nigeria) and Kelvin Leo Seneh (from Liberia) explained that would be inconsistent with the character of the FCA. The group then decided that the FCA in each nation would remain distinct and independent—but connected in partnership with each other, similar to the FCA in Canada and the United States.

The attenders were enthused about their new relationships, and many are already planning to be in Liberia in February while also looking forward to another “official” African conference in 2019, possibly in Cameroon.

Bishop Success reported that 13 new members have joined the Nigerian FCA, which now has about 90 churches and 220 ministers.

Some meetings were held in the unfinished FCA Bible School.

The FCA Bible School is now meeting in a building erected with the help of U.S. donations. When completed, it will have five classrooms each holding about 40 students, a double-sized room, two offices, and two bathrooms. The building currently has no doors or windows, but it handles 28 students as they are able to use what they have. Another dozen students or so meet at another site. Additional monies have been made available for some students as partial scholarships as matching funds when they pay their own tuition.

Sprecher observes, “Without question we are seeing a coming together of a truly African FCA, and I am honored to have the opportunity to see it develop.” He notes that while there will undoubtedly be ongoing challenges and much work to be done, there is far more to be encouraged about.

“We’re hoping for a larger, multi-church team of people who can do manual labor and youth ministry for this trip,” says Chris DeLaughter, director of Hope Expeditions.

Plans call for a team to work with Pastor Drew Brattrud at Riverside Christian Assembly in California, for a few days doing youth ministry before then heading to Tijuana, Mexico, to work with a La Fuente church for a few more days. The church has a reputation for exciting and innovative youth outreach—like using sporting activities such as karate or dodge ball to attract an audience. 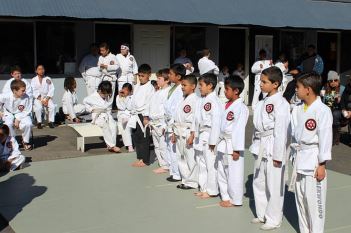 DeLaughter says, “If you have a heart for young people, feel confident teaching the
Word of God and are ready to serve, this is a trip for you!” He encourages people to take time to pray to see if God would lead them to be part of this adventure. More information is available by checking out the Hope Expeditions website.