Ministering comfort and strength to the wives of pastors in Nicaragua, ministry widows Ruth (Ost) Martinez, Nancy Honeytree, and Patty Klewer recently hosted a “Retreat for Pastors’s Wives,” along with Ruth’s daughter, Angela. Ruth observed that over 400 Nicaraguan pastors have died during the pandemic, leaving ministry wives not only with the devastating loss of a husband but due to leadership changes, frequently the loss of the congregation they once served.

While the last two years have represented “mountains and valleys,” Ruth reports, “I am a ‘UPS’ lady—Upheld, Preserved, and Sustained, by his right hand!” Shortly after her husband of 48 years, Victor Martinez, finished his earthly race September 11, 2019, she continued their joint ministry commitments with the help of her daughter Angela.

The worldwide crisis hit Mexico especially hard. Through 2020 and 2021, over 1,500 pastors in Mexico died. In such difficult times, Ruth began to realize her purpose as a widow was to comfort others in grief. “I had a purpose as a single woman in ministry for six years,” she observed, and later she found purpose as a wife, a mother, a grandmother, and a great-grandmother. She has now embraced a new purpose: teaching in the Bible School and area churches, caring for those in grief, particularly widows and orphans.

Don’t Lose Heart, a book written by two widows in ministry, serves as the basis for a 12-week project to comfort the grieving. “We had planned to help 30 ministry widows in the process of grief,” says Ruth. “To our greatest surprise we are now assisting more than 2,000, including men, women, children, and youth.” They are serving all ages in all types of grief and continue writing collaborative books, including Take Courage, now available on Amazon. 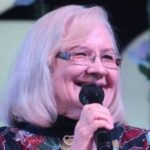 Bryan Johnson, associate pastor at Pursuit NW, returned recently from ministry in Uganda where he taught two 3-credit Bible courses at Yesu Akwagala Bible College in addition to speaking several times elsewhere and meeting with church leaders. YABC in Kampala is a work of Uganda Christian Outreach Ministries, which is connected with World Outreach Ministry Foundation in Seattle, an FCA-affiliated parachurch organization.

Johnson and a few others were invited by the Ugandan leadership to be guest lecturers during the school year, serving as partners in developing “World Changers.” The school draws a significant percentage of international students, so a broader geographical impact is being made through the school, primarily in East Africa.

The school’s 17th graduation ceremony is planned for June 29. Yesu Akwagala Bible College’s mission is to support and develop “emerging servant leaders through the life changing Gospel of Jesus Christ to be agents of change in the community.”

Johnson is scheduled to leave July 11 for two weeks in Liberia, West Africa. “I will be teaching in the Bible school in Greenville, Sinoe County (Osborn Arnes Christian College),” he says. He will also assist his son, Russell, who will be preaching at two Youth Conferences sponsored by the Fellowship of Christian Assemblies (Liberia), one in the capital city of Monrovia, the other “down country” in the city of Greenville. That is where Bryan and his wife, Anna, lived more than 35 years ago. 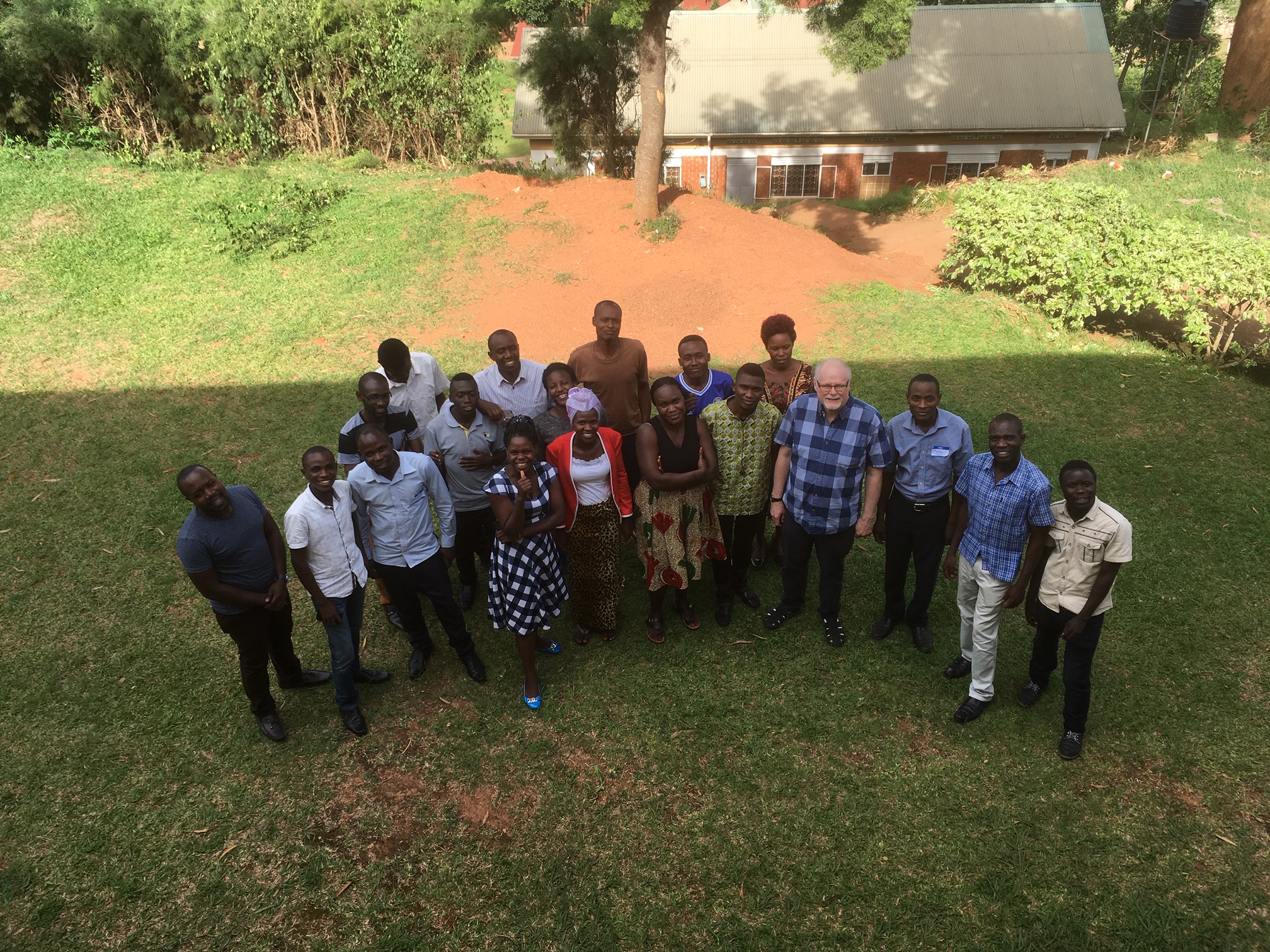 Bryan Johnson with his Pastoral Epistle students at the Yesu Akwagala Bible College in Kampala, Uganda. 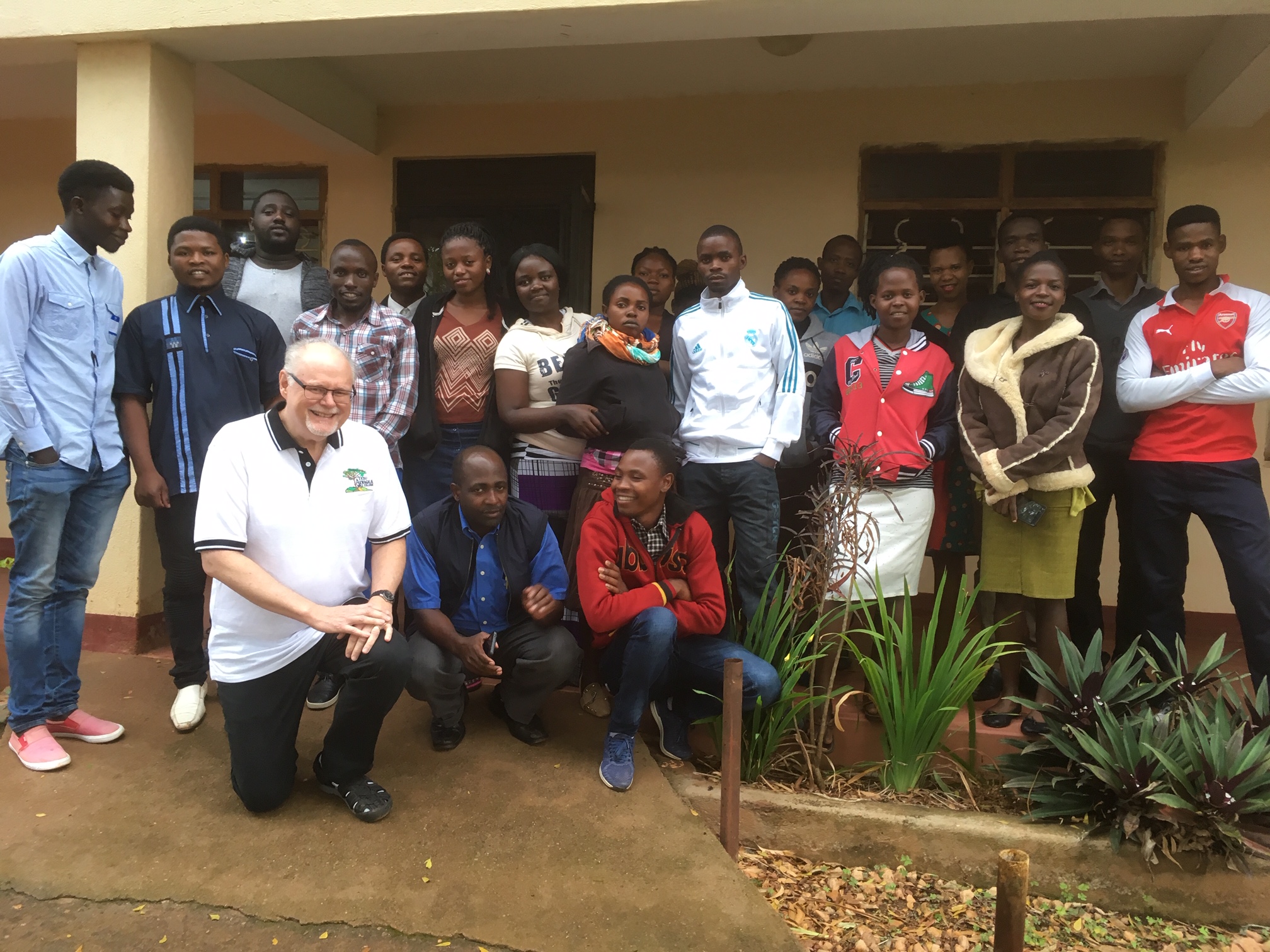 Additional students who participated in the Book of Revelation class. 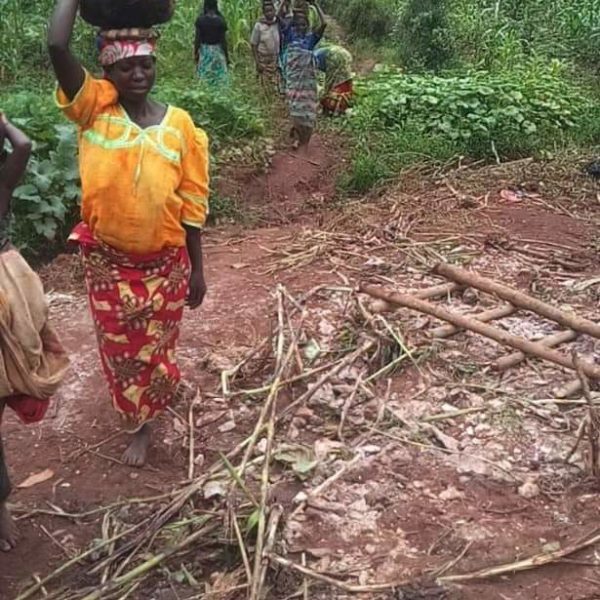 This photo essay gives a glimpse of just one project in Burundi, providing clean water for remote villages. In some cases before WOMF provided wells, people—even young children—were required to walk distances of several miles to fill canisters with water.

The efforts of WOMF not only bring the community together in a cooperative project to improve conditions in the village, they also provide a tangible expression of the love of God reaching to a people in need. The water projects (and other WOMF projects) are part of their overall mission to bring Jesus to meet the deeper, spiritual needs of people. 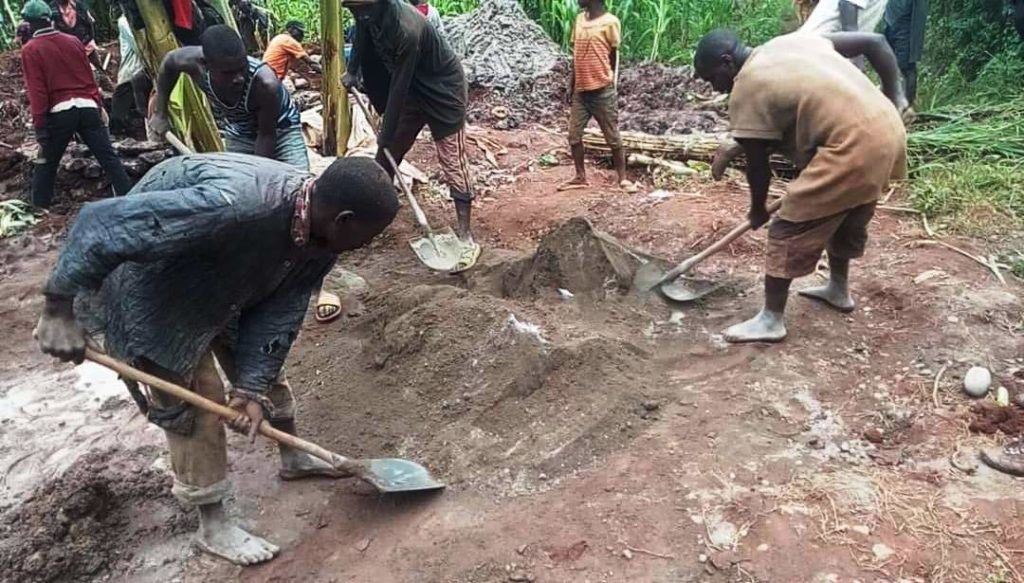 Mixing concrete for mortar to support the sides of the well being dug. 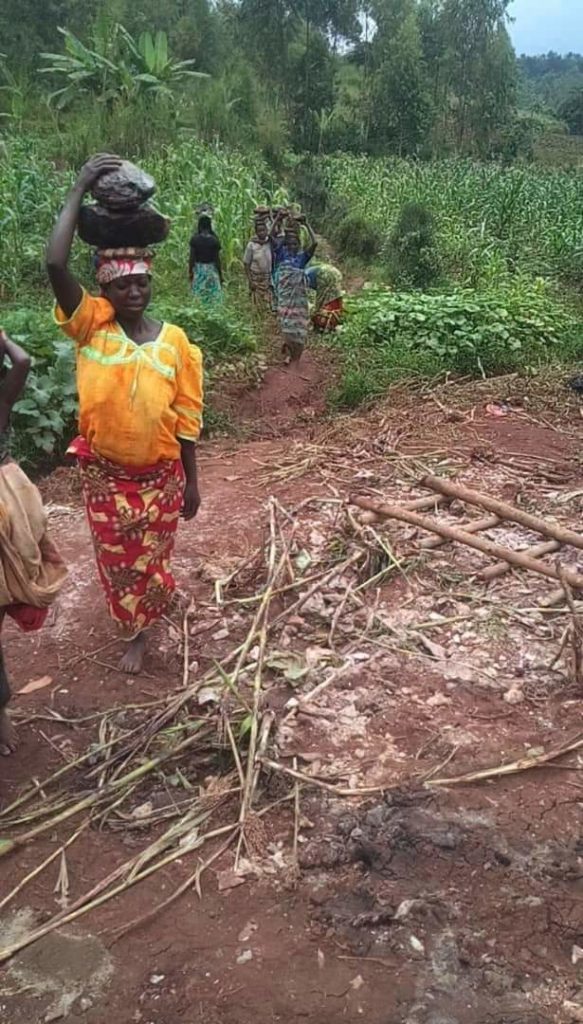 Woman carrying rocks for the walls of the well—just some of the many members of the community who get involved with the water project. 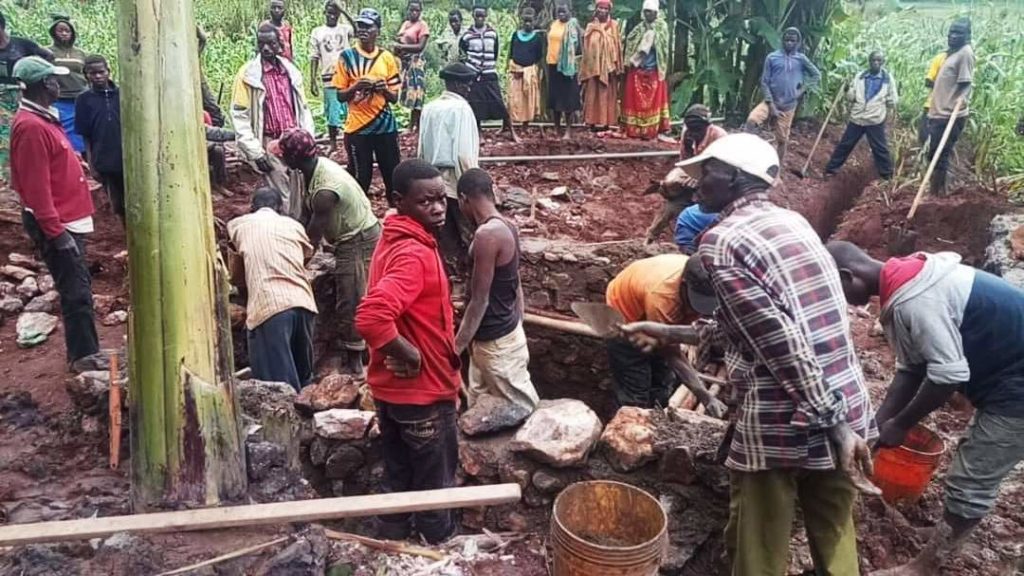 Organizing the volunteers is key to helping community members who are working to improve the conditions of their own village. 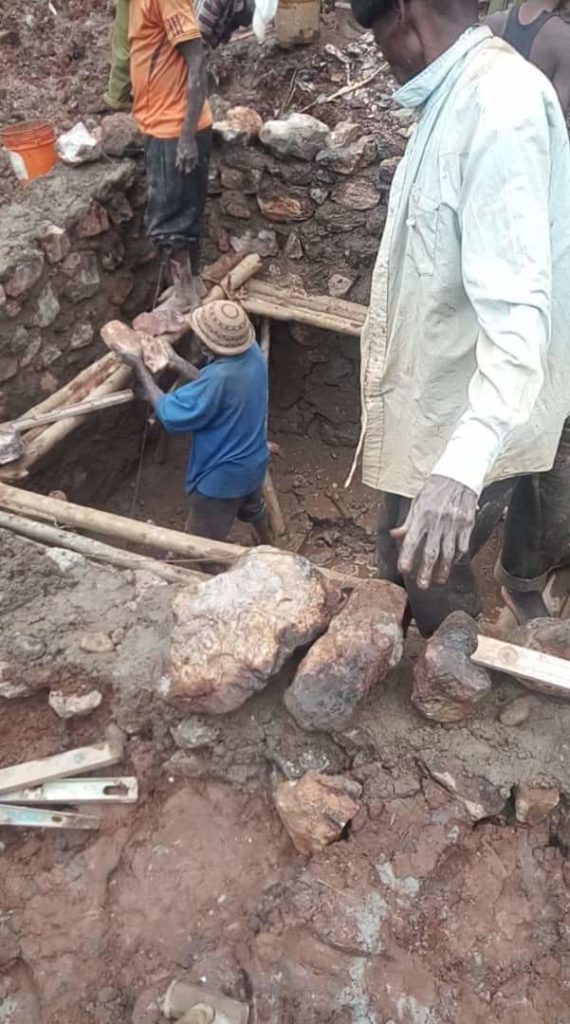 Shoring up the sides of the well with rocks from the area so people may safely access the water. 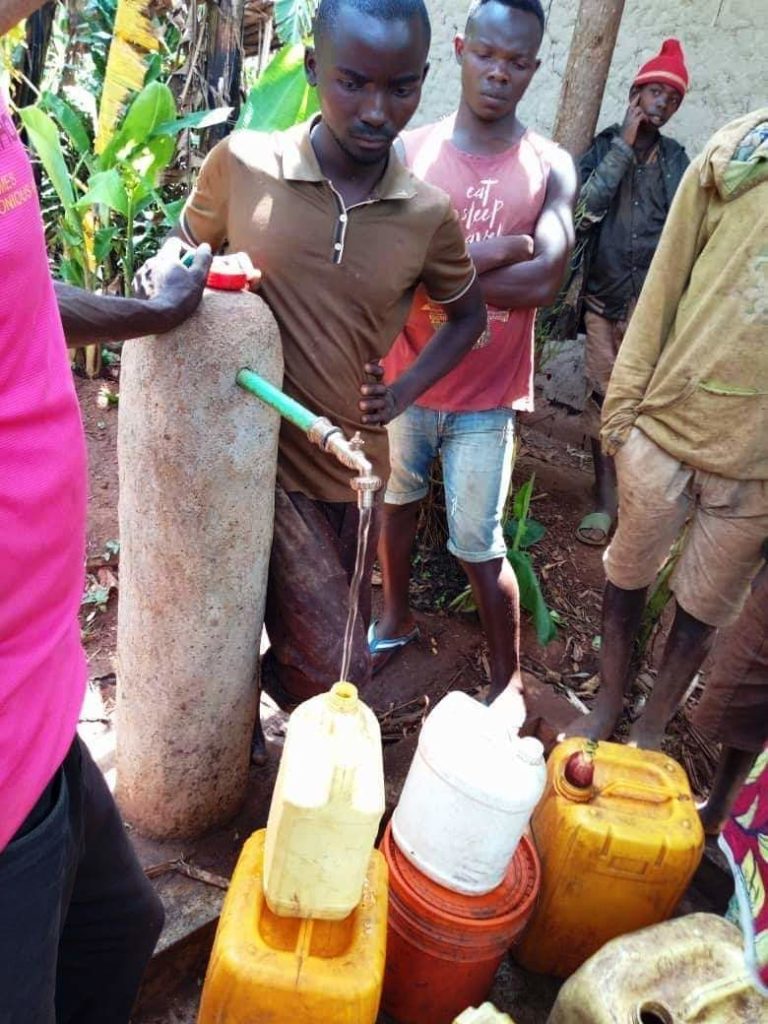 Clean water is finally piped to the community. Jesus said, “Truly I tell you, anyone who gives you a cup of water in my name because you belong to the Messiah will certainly not lose their reward.” (Mark 9:41) 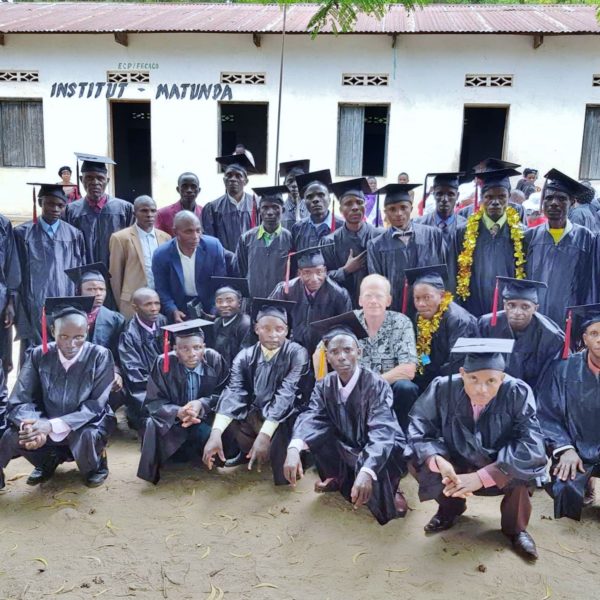 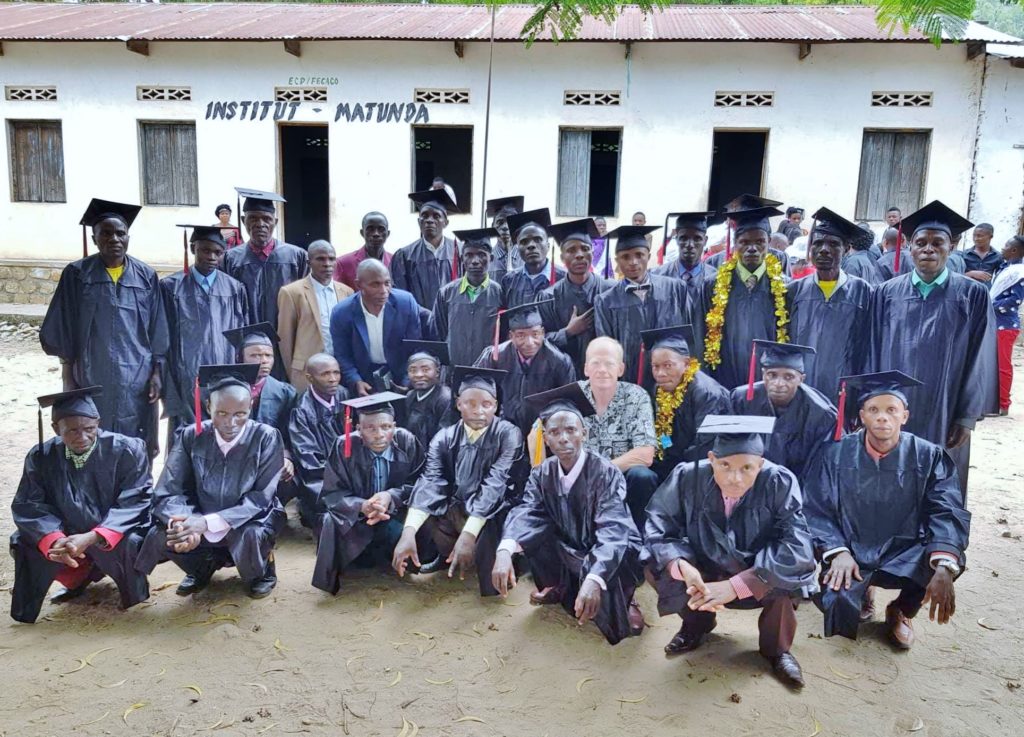 Long-time missionary, Nathan Rasmussen, recently spoke in Uvira, Congo, just over the border from Bujumbura, Burundi, at the graduation ceremony for one of their 20 diploma-level Bible schools in East Africa. Pictured here are just 30 of the graduates. Nearly 25 percent of the graduates were sick and unable to attend, with three students dying of their illnesses before graduation.

“Life in Eastern Congo is rough,” says Rasmussen. “People live day to day with war, sickness—and now Ebola.” The Congo, however, now has a new president and people are hopeful that things will improve. Noting that physical conditions have changed little since he first visited the Congo 36 years ago, Rasmussen also pointed out that the Gospel has continued to spread and churches have continued to grow despite all the turmoil.

Rasmussen reports that the work of training East African ministers has expanded, especially in the area of missions mobilization and training—as has the need for additional resources and finances. “Somehow we need to increase the net as the work continues to grow,” he said.

On his way to visit Uvira, Rasmussen conducted a 2-day seminar for 13 prospective missions school students from Burundi. So far he has seen 97 graduate from their missionary training schools, 28 of whom are now working among unreached people groups and 4 others working in the African churches, stirring them to do their part in answering the Great Commission. 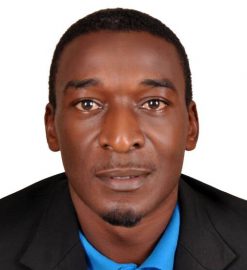 Several years ago, while still in high school, Henry Damulira was on a ministry outreach from his home church, Seguku Worship Centre, about 10 miles south of central Kampala, Uganda. At the time Damulira was preaching the gospel and teaching English and math at the school in the Mukono district. 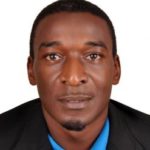 But then he noticed something unusual—fishermen in the village, having no access to banking services, hiding their meager daily earnings under large stones scattered all over their island. His observation, he says, “spurred me to develop a digital mobile saving platform which allows ordinary Ugandans to save money in banks through mobile money on their phones.”

Connecting fishermen to the banks was important, says Damulira, because their stone system not only left their money vulnerable to theft, but also made their cash too convenient to retrieve. They could access their money on a whim, and they often did, squandering it on frivolous purchases. “This left them in a cycle of poverty,” notes Damulira.

From his own experience, Damulira knew how easily savings goals could be hijacked by undisciplined habits. “As a teenager,” he says, “I had bought a piggy bank in which I saved my earnings from fetching water. At the time, my goal had been to save and buy a bicycle to ease my work and triple my daily income.” Instead of saving his money, however, he spent it on baseball caps.

When he saw what was happening at Rwajje Island and recalled his own experiences, Damulira realized that poor saving practices was a main reason why so many in Uganda remained poor. A study of 1,500 poor Ugandans showed that 99 percent failed to reach their savings goals through informal methods, either because the money was stolen or lost, or because they were too tempted to spend the money stored as cash. Estimates suggest that 3 out of 4 adults in developing and middle income countries do not have bank accounts.1

Damulira’s passion to support wealth creation among rural Ugandans led him to provide a secure digital platform that links up mobile phones to Airsave Saving and Credit Cooperative (Digital SACCO), in partnership with ECOBANK Uganda.

Damulira’s innovation was unique because it did not require the smart phone platforms upon which so many apps rely. His start-up company, Airsave, enables registered members to save and borrow money using a simple cell phone in small communities that have no physical bank.

Out of Uganda’s 40 million population, 90 percent are “unbanked” while 60 percent own mobile phones. Because the digital mobile saving platform can be accessed by 24 million with mobile phones, they can open up a digital account without having to step in a bank. Since its founding, over 3,000 people have signed up and lives have been changed through Damulira’s digital saving platform.

Thanks to Henry Damulira, Uganda’s unbanked can now access banks from their phones. For his digital innovation, AirSave won second place at the 2016 Africa StartUp Cup and came fourth in the World contest.

Seguku Worship Centre, Henry Damulira’s home church, is also where Steve Mayanja, well-known FCA minister with the World Outreach Ministry Foundation, is from. Damulira is son-in-law to Steven Kaweesa, a key leader in WOMF Uganda who was killed in a tragic car accident in 2016, which also took the lives of Ed Pohlreich and Scot Voltz.

Much of the information in the story above was found here.