Articles and updates to encourage and equip ministers as they seek to see God’s Kingdom advance through their Ministry.

The company of the prophets said to Elisha, “Look, the place where we meet with you is too small for us. Let us go to the Jordan, where each of us can get a pole; and let us build a place there for us to meet.”
And he said, “Go.”
Then one of them said, “Won’t you please come with your servants?”
“I will,” Elisha replied. And he went with them.  They went to the Jordan and began to cut down trees. As one of them was cutting down a tree, the iron ax head fell into the water.
“Oh no, my lord!” he cried out. “It was borrowed!”
The man of God asked, “Where did it fall?”  When he showed him the place, Elisha cut a stick and threw it there, and made the iron float.
“Lift it out,” he said.  Then the man reached out his hand and took it. (2 Kings 6:1-7)

Can you imagine how we felt when the second night’s message this year was also from 2 Kings 6:1-7? Three straight speakers all speaking from the same obscure text!

Only God could arrange this, so the question becomes, Why? I think it has to do with the generations coming together. Here are three encouragements for the older generation:

One: Have something from God to give to the younger generation—something they need. Elisha had burned his plow and pressed in for a double anointing, which he then received from Elijah.

The younger generation doesn’t need information from us—they can just Google to get that. But Google can’t supply the wisdom that comes from an ongoing relationship with God. We must keep pressing in for all God has for us so we can be “relevant” to the generations coming behind us. They asked Elisha to come because they needed what he had.

Two: Release the younger generation to go beyond where we’ve been. The idea to build bigger came from the young prophets. The place they where they lived was probably built by Elisha, but the time came when it wasn’t good enough. Instead of being offended by their request, Elisha released them to do something more than he’d done.

King Saul reacted the opposite way. He had become jealous of the next generation and feared they would be greater than he was, so he tried to kill David. But Elijah believed God could take his anointing and double it in the next generation. let’s believe as he did and release the coming generation into even more grace than we’ve experienced.

Three: Go with the next generation to ensure their success. In their zeal, mistakes were made. The ax head was lost. But Elisha was there to show them that every problem can actually become an opportunity to encounter the faithfulness and power of God.

Here are three encouragements for the younger generation:

One: Desire the right thing. This story follows a heartbreak in Elisha’s life. The man he had been mentoring, Gehazi, chose money instead of God. Gehazi felt Elisha had missed an opportunity for material blessing after Naaman’s healing, so he went after Naaman to get the clothes and silver Elisha had ignored.

Gehazi thought the anointing was something to be used for personal gain. And while God let him keep the clothes and silver he wanted, he also received Naaman’s leprosy, which forced him away from the presence of Elisha from that day on.

Two: Ask the older generation to go with you. Even though they aren’t as “cool” or as fun as your peers, you need them. The wisdom and anointing of Elisha led to the success of the young prophets by the design of God. When you learn to honor, God ordains life and enduring success. (See Ephesians 6:1-3.)

Three: Ask for a double portion. Our ceiling can be your floor because of the grace of God. Forgiveness breaks the evil that comes down to you, while honor draws the good. When you go farther than we do, you honor our sacrifice. Your victory is our victory.

Editor’s note: Sandra Morgan and her husband, Jean, serve as pastors at Westminster Christian Assembly and are members of the Fellowship of Christian Assemblies. Sandra’s ministry experiences and insights regarding human trafficking were featured in a recent article, published in Influence magazine during National Slavery and Human Trafficking Prevention Month. Sandra is available to speak in your church about her ministry and work in helping those caught in the snares of human trafficking right here in the US.

Here is a link to this important article…

How Churches Can Fight Human Trafficking and Slavery in Their Own Backyards
by Sandra Morgan, Jan 22, 2016

A neighbor called child welfare to report a child who did not attend school with the other five children living in a $1.6 million home in their upscale gated community. Authorities discovered a 12-year-old girl sold by her parents as a child maid in Egypt to cover her sister’s debt. Shyima worked seven days a week, from early in the morning until late at night. She slept in a converted room in the garage without ventilation and washed her own clothes in a bucket because she was too dirty to include them in the family laundry she did every day. Shyima never went to school, never learned English, and never… Click here to read the rest of the article. 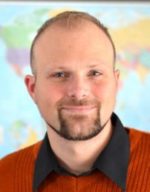 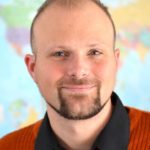 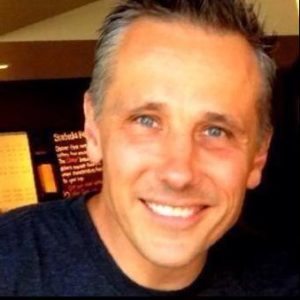 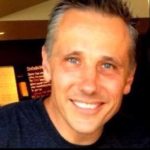 Great news if you missed the 2016 FCA USA Convention in Seattle: You can watch and listen to these powerful messages here! We pray these messages will encourage you to walk in The Anointing! It doesn’t quite replace being there and experiencing it together, but it will definitely give you an idea of what we experienced together. These are the videos of the Main Sessions: