Billie Call: With the Lord

Billie Call: With the Lord

VETERAN MISSIONARY WITH THE LORD 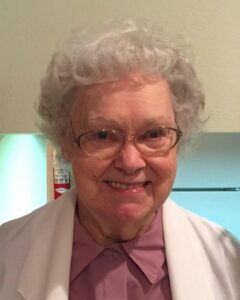 Billie Call, widow of George Call, died on August 20th, 2020 at the age of 92. At the time of her home-going she resided in a Texas nursing home under hospice care. Her daughter, Terry, shared that for several years Billie had been eagerly anticipating going to be with the Lord.

George and Billie Call were married in 1946 after his return from service in the Navy. They came to the Lord early in their marriage and became faithful servants of Jesus. They pastored at Georgetown Gospel Chapel while attending Seattle Bible School before graduating from there in 1962. In 1963 they became missionaries at the Sinoe Leprosy Mission in Liberia.

When George died in 1982 in an airplane accident, Billie chose to stay on in Liberia to continue the work they had been doing as church planters and Bible teachers. She remained there off and on through two coups until 1992, when she moved back to her hometown of Joplin, Missouri, and continued serving and volunteering at her local church.

Throughout their lives George and Billie Call were dedicated, faithful servants of Jesus Christ. They were greatly appreciated for their long service of ministry in Liberia.