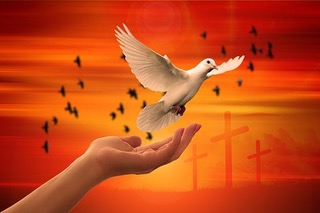 “Therefore, I urge you brothers and sisters, in view of God’s mercy, to offer your bodies as a living sacrifice, holy and pleasing to God — this is your true and proper worship. Do not conform to the pattern of this world, but be transformed by the renewing of your mind. Then you will be able to test and approve what God’s will is – his good, pleasing and perfect will.” (Romans 12:1-2)

Meditating on these two dynamic verses of Scripture caused me to reflect on Abraham  when God tested his faith and asked him to sacrifice his only son, Isaac, whom he loved. This Old Testament story from Genesis 22 gives us a picture of Abraham’s faith and obedience — and to some extent, Isaac’s trust and willingness to submit to his father’s instructions.

Scripture does not specifically reveal any type of resistance or struggle from either Abraham, asked to sacrifice his only son, or from Isaac, who was bound and put upon the wood on the altar. Yet the first two verses of the chapter reveal a surprising and shocking request. I believe they were meant to help us understand the inward struggle Abraham must have been fighting, despite his faith in God to provide.

Isaac carried the wood on his back while Abraham carried the fire and the knife. In the end, God intervened, interrupting the action and stopping the test. Abraham’s faith shone along with God’s faithful provision.

After reflecting on this, you cannot help but be reminded of another Father/Son sacrificial story. The New Testament tells the story of God the Father sending his only begotten Son, Jesus Christ, to earth to die upon the cross of Calvary. The story of Abraham and Isaac truly points us to this future event.

With Jesus Christ, we see the ultimate sacrifice. We see the willing sacrifice of an obedient and trusting Son who carried his stack of wood (the cross) to the place where he sacrificially gave his life for the sake of others. Jesus died to provide the forgiveness of sin to those who put their trust in him, believing that his death, burial, resurrection, and ascension back into heaven made their salvation possible.

Jesus’ death paid the price of our sin. He died so we would not only escape death eternally, but he also died for us so we would live for him. In the end, God honors Christ’s intercession for our lives forever. Believers are relationally heaven-bound, but until then, we are called to be living sacrifices.

As Paul finished speaking doctrinally in the previous chapters of Romans, he now appeals to doctrinal application. It’s where the truth being taught is applied to life — where the rubber meets the road. Those who believe, putting their faith and trust in Jesus, are strongly encouraged to become a “living sacrifice.” Believers are to live an uncommon life. We are called to offer up a life that is alive, holy, and pleasing to God.

With Jesus conquering death, defeating Satan, and overcoming the world, believers are, however, left with a problem — basically only one problem. Living sacrifices can crawl off the altar. Because we are faced with that temptation every day, we must stay focused on keeping the proper mindset to win that battle. We are no ordinary people. We have the indwelling presence of the Holy Spirit helping us be transformed to become a pure spiritual offering to God, knowing and enjoying his perfect will. We are a chosen people called to worship God. Becoming a living sacrifice is both at the heart of worshiping God and obedience.

History tells of a deepening understanding of sacrifices. The Dead Sea Scrolls community believed their holy way of life was a substitution for the temple sacrifices, which they believed to have been corrupted. And in an early church document called, A Plea for the Christians, Athenagoras argued that Christians should not participate in pagan sacrifices but instead “present a bloodless sacrifice, to offer ‘spiritual worship.’”

Just as God led people in earlier centuries to be living sacrifices and to know his will, may his Spirit continue to move forward — in and through us! When believers yet to come look back at us, may they also be encouraged — and see the power of the gospel in our living sacrifice.

History is watching. Stay focused. Keep the proper mindset. You are fully equipped to win! 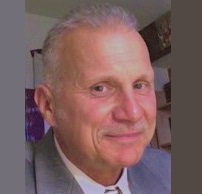